Getting Back to Work Through Snow Drifts

The snow drifts are melting quickly, but the ones that were super tall, like the nearly 12' ones around the round pen, are taking a while to diminish.  Because of where they're located, we can't get to the arena by our normal route along the paddock fenceline.  Earlier this week I decided to attempt a drift crossing and check out the rest of the property from horseback, so Raven was my horse of choice.  She's super handy and maneuverable, and very surefooted so even if we encountered some icy spots I could trust her to get through and stay upright.

It was treacherous enough that I didn't take any video or photos, but we did investigate the large drifts in the back forty with the dogs.  Rizzo was hilarious, she would rocket along as fast as her little legs would take her, then she would suddenly tuck all her feet close to her body, and slide a huge distance on her side!  It's not typically what you'd imagine when one uses the term Sled Dog, but she did it several times on the drifts in the fields, and she also did it to slide down the plowed heaps of snow around the garage.  She sure knows how to have fun!

I also put a ride on Dewey this week, but to get to the arena we had to go around the north side of the barn, over the snowdrift by Beauty's pen, around the back of the house and along the west fence line, circling back around the far side of the arena and in the gate.  The first time I did this route with Raven and she had to actually jump the first drift!  By the time I did it with Dewey it was significantly smaller.

Once in the arena we had good footing in that it wasn't slick at all.  There was standing water and snow drifts to ride through, but I used them to our advantage in getting Dewey to take larger steps and use his back more under saddle.  If I could get that "water trot" from him all the time I'd be very happy! 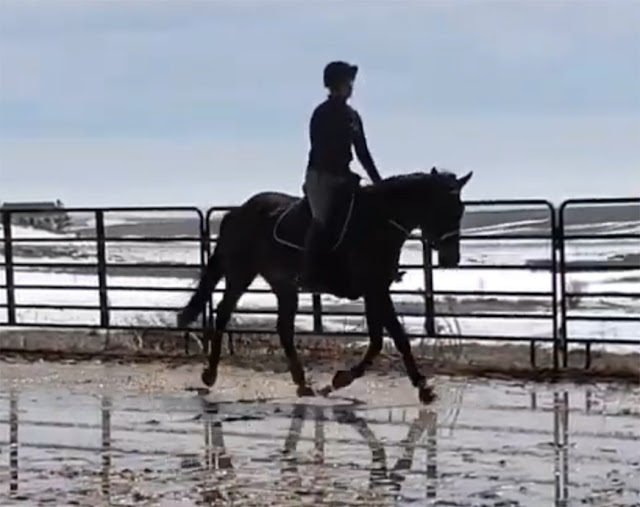 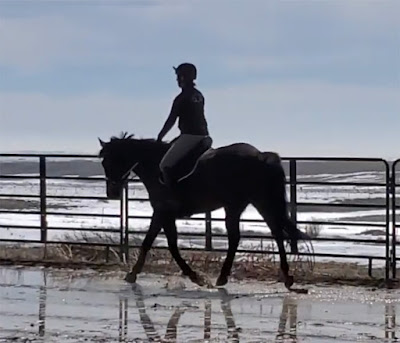 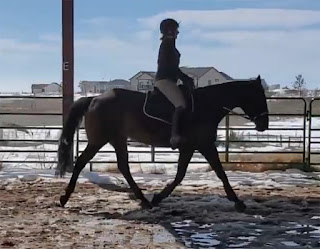 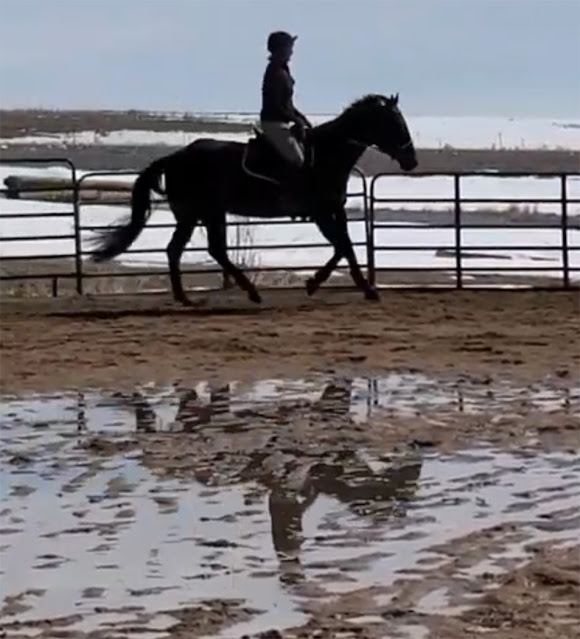 I thought the reflection in the standing water was cool, too.

Eventually we'll have just sand in the arena again, but in the meantime it was great water training for the horses!

Posted by Bit of Honey Training LLC at 12:22 PM