This Saturday we had an abbreviated clinic weekend due to 30-40mph wind....  But we had a great group and lots of fun working on the jumper course! 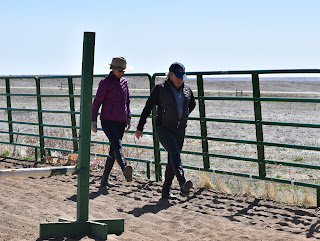 The shorter the human's legs, the bigger her stride needs to be to make it 3'.  Once each rider had the sense of how a 3' human stride felt to her, we practiced walking a horse stride (12', or four 3' human strides) down the arena wall. 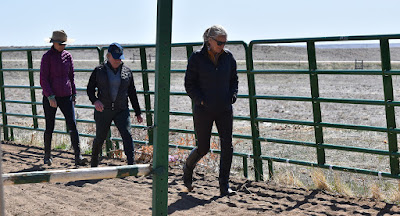 After they had the feel of it, we practiced walking actual distances between jumps to determine how many horse strides would go between fences. 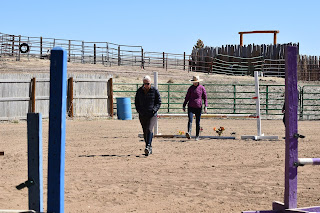 As an aside, I did have Alice practice walking the 9' pony strides, since her horse, Beauty, is short.  So Alice was counting strides as "ONE two three, TWO two three, THREE two three, FOUR two three, FIVE two three," for a five horse stride line.

This course had eleven "questions," but fourteen fences.  We began the lesson with reviewing how to walk a course and determine the distances between fences.  I've highlighted the first unit we worked on in orange, and the second in red. 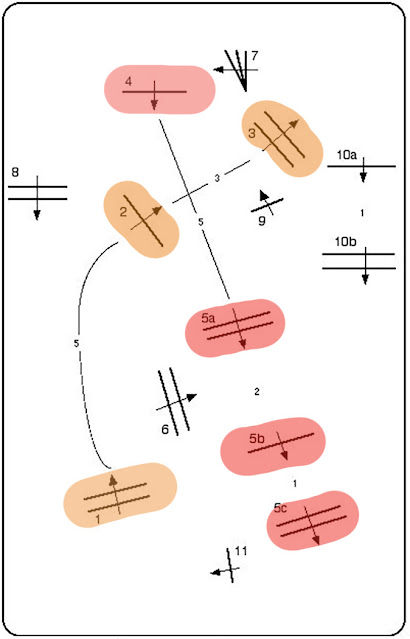 After the unmounted work, everyone brought their horses to the arena and after a brief warmup we began the jumping portion.   We started with small cross rails, to give the riders a chance to think through the distances rather than distracting them with height.  The orange combination was the first set. 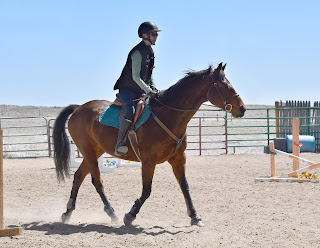 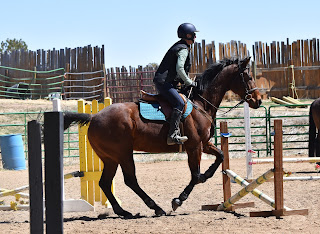 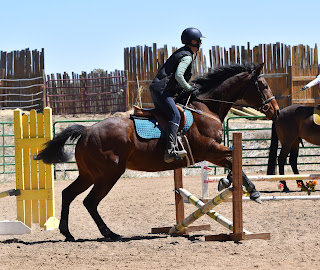 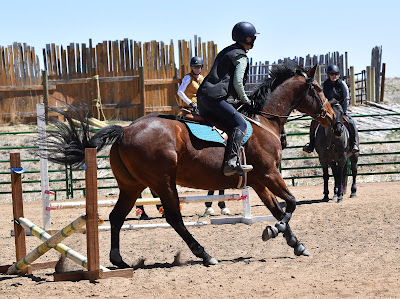 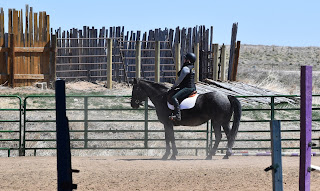 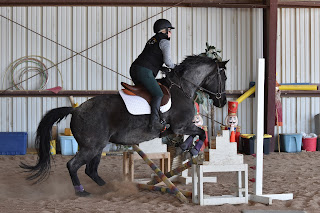 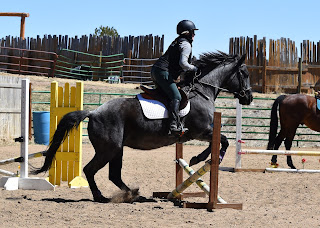 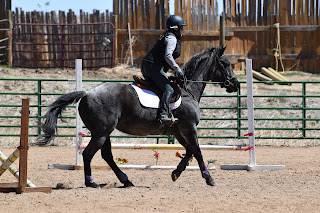 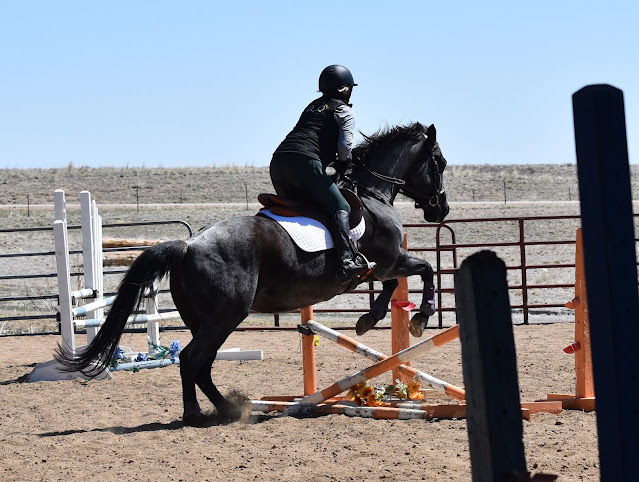 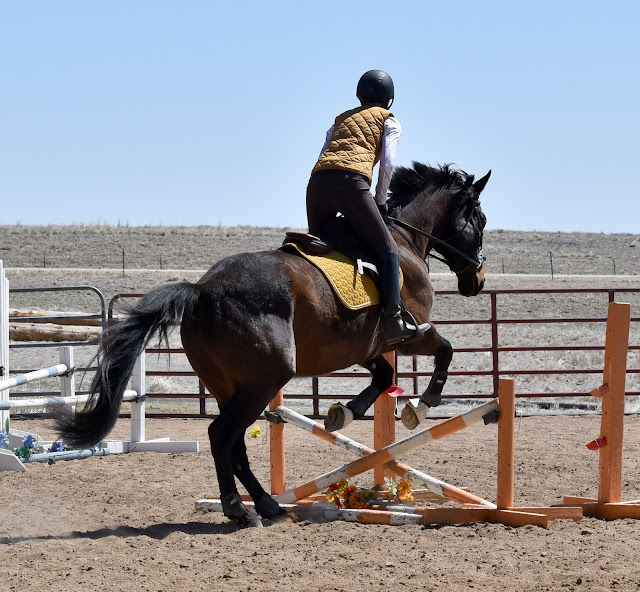 Next we addressed the combination highlighted in red, and worked on the five stride line between the first vertical and the first portion of the triple combination. 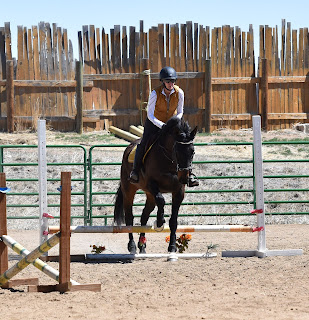 Beauty is kind of a jumping machine and ate it up.  She really loves her job! 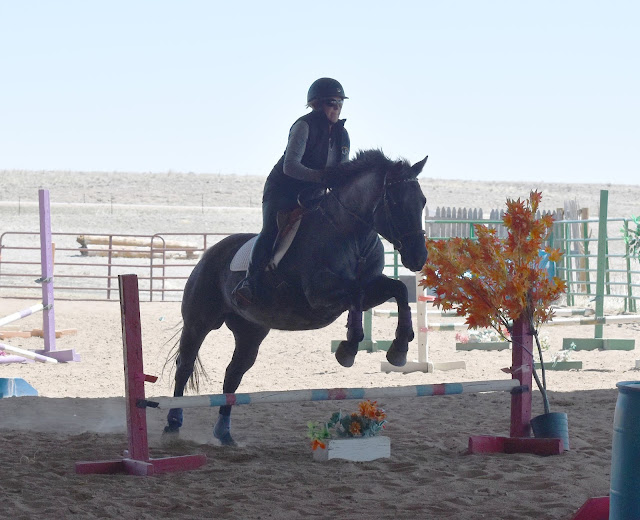 Sam and Joan are working on being steady through combinations rather than rushing, and the way this was laid out forced him to do it with a medium stride length to give Joan the sense of what a 12' canter stride feels like. 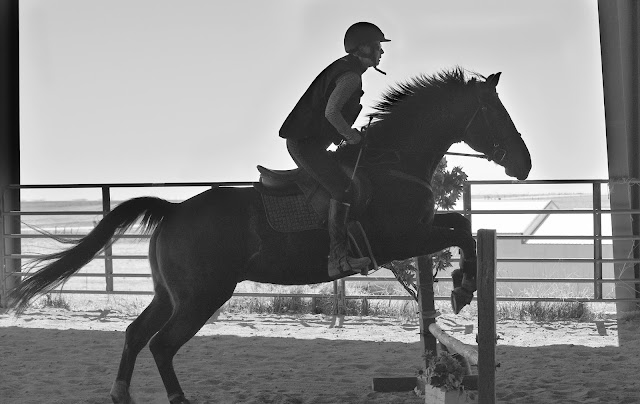 Sara and Dewey also could get the 12' horse stride quite easily, and it was really good for them to also experience what that length of stride feels like. 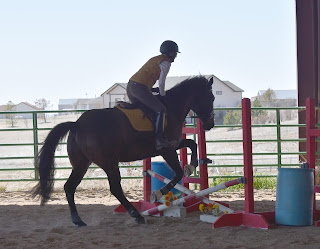 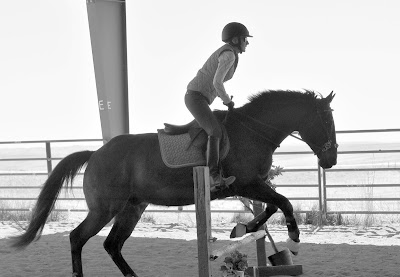 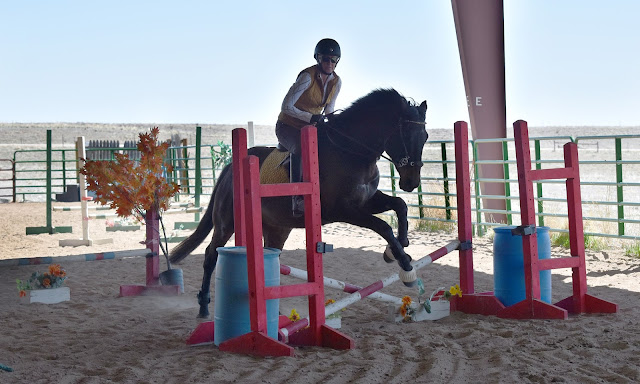 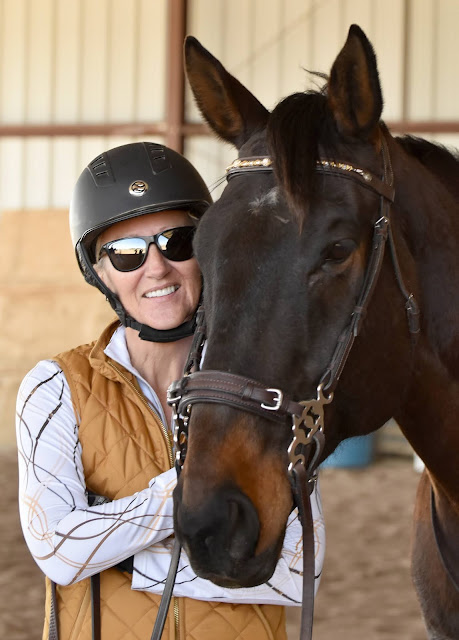 Sara and Dewey smiling for the camera. 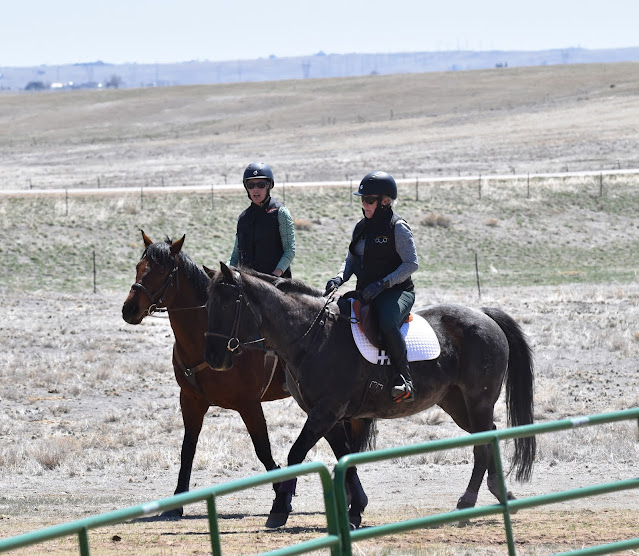 Joan and Alice walking their horses back up to the barn after the ride.

We had a wonderful morning and lots of good information was digested in this session.  All of this is a precursor to learning about adjustability in the canter, or how to get the horse to lengthen or shorten his canter strides by rocking back on his haunches or pushing forwards.

If the weather had cooperated we would have built on this foundation by working through the next portions of the course until the horses and riders were riding the whole thing.  Instead, everyone will be emailed instructions for what to work on in the coming month so that when we reconvene for the next clinic we can pick up where we left off.

Posted by Bit of Honey Training LLC at 10:11 AM No comments: