A new filly arrived at Bit of Honey earlier this week.  Her name is Fauline, and she's a buckskin warmblood yearling.  She is also incredibly tall for her age at 15.3h.  Doing a string test we estimate she'll finish out at 17.2h.  The string test I usually do involves taking a string and measuring from the horse's elbow to their ergot (back of the fetlock), then you turn the string and their finished height will be the same distance from the elbow to the top of the withers.  I was skeptical of this technique when Highboy was a youngster and at four years old he was 16h, but the string test said he'd get to 17h.  He certainly did, though! 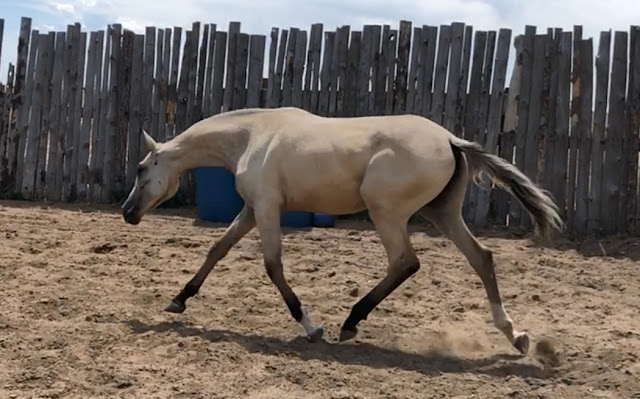 Fauline came to Bit of Honey to learn how to be mannerly for handling on the ground, to stand tied for grooming and having her hooves handled, and for some wound care on her nose.  She somehow managed to slice open her nostril.  While it's been stitched back together twice, it really needs to heal from the inside out.  Once I have her a little more reliably behaving when haltered we'll address that.  In the meantime she's been doing well watching the older horses being ridden, though she was really captivated the first time she saw humans aboard horses!

She has had one training session in the round pen, learning about being tied, grooming and having her hooves cleaned, as well as having her mane shortened.  I love working with baby horses, they are so much fun and really love learning by playing.  In my ideal world young horses would come for ground work training starting as either weanlings or yearlings, just for a month or so.  They would then come back each summer for a month until they are old enough, physically and mentally, to begin riding.  By the time they are ready to be backed they are used to everything that happens at the training facility.  Then they simply accept things like a rider because they acclimated to seeing horses ridden, grooming, tacking, traveling, and they are comfortable with all the good experiences a young horse should have to make them a confident riding partner. 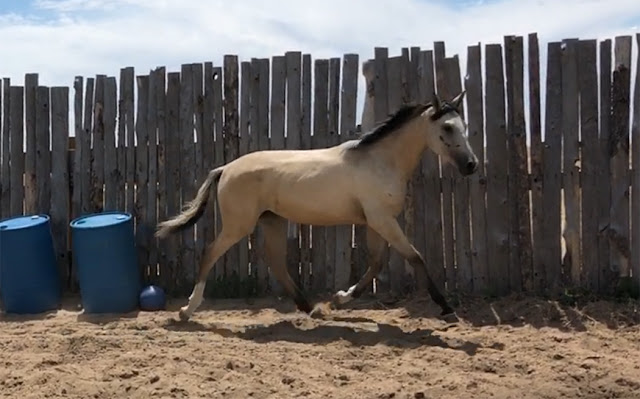 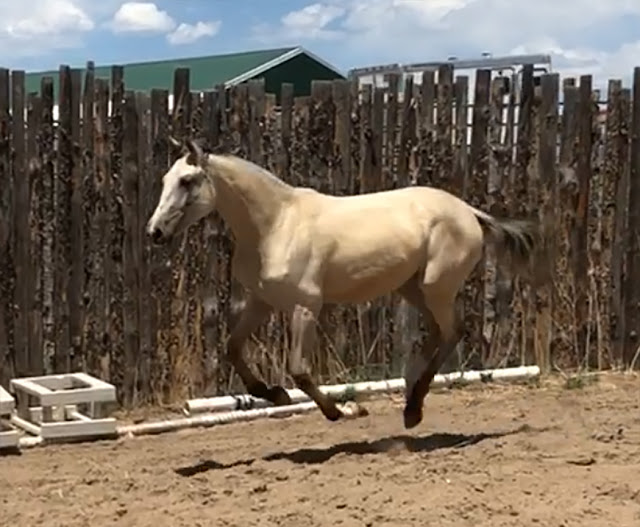 The photos from recess were pretty funny - including a shot that looks like she's doing a handstand. 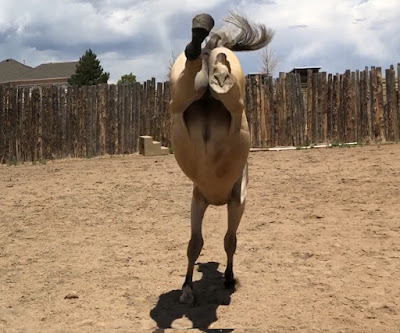 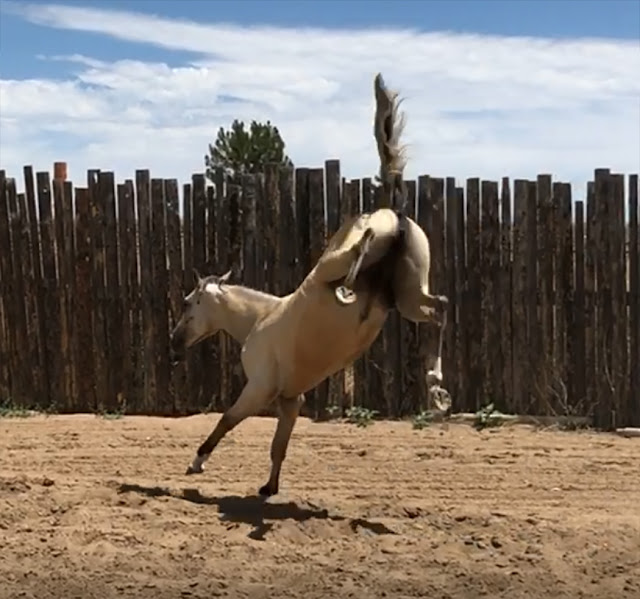 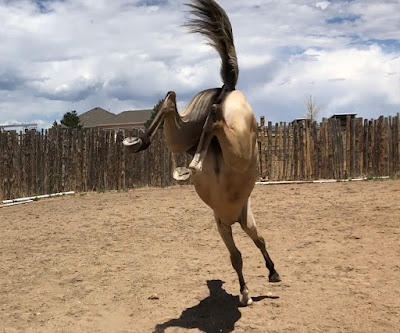 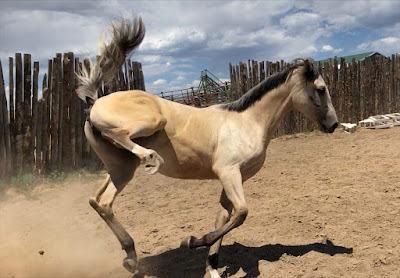 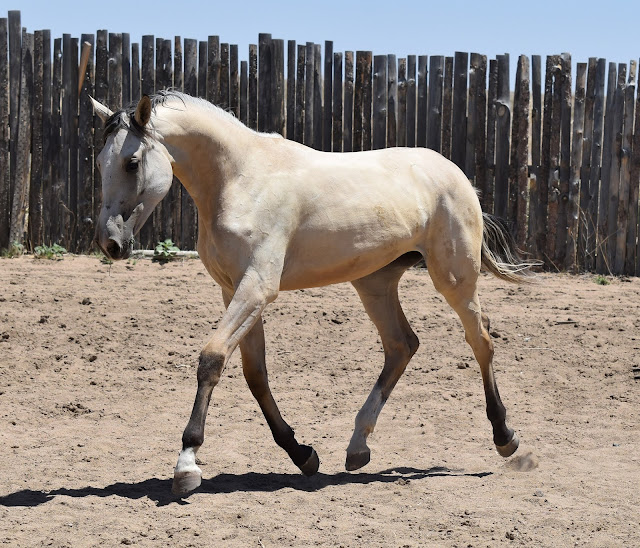 Fauline's movements are so cat-like, she's incredibly light on her feet. 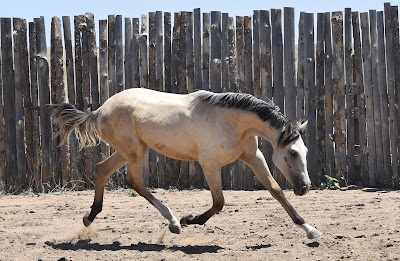 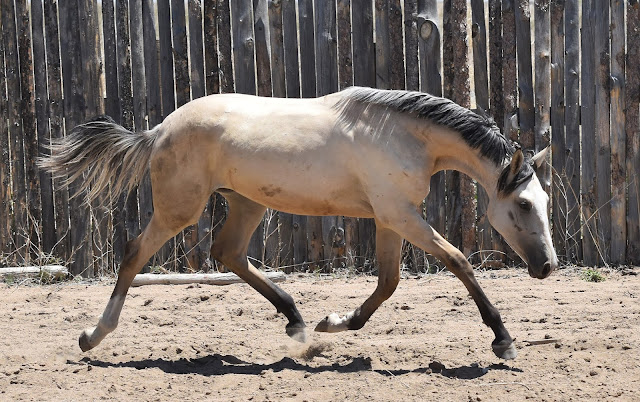 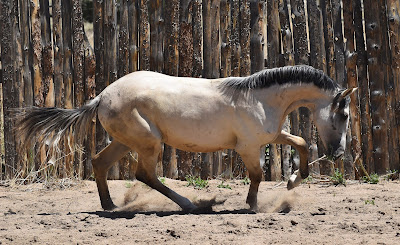 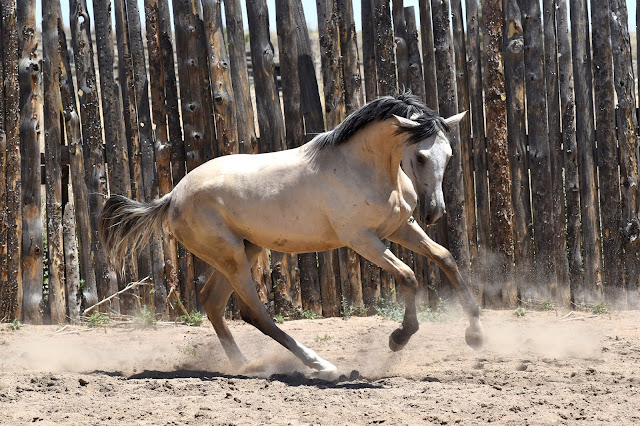 She definitely enjoyed taunting the dogs and running with them! 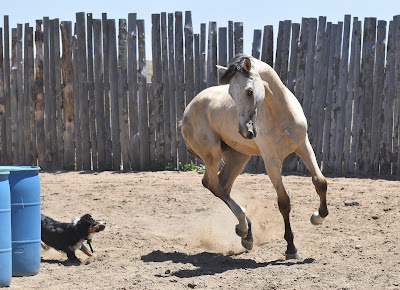 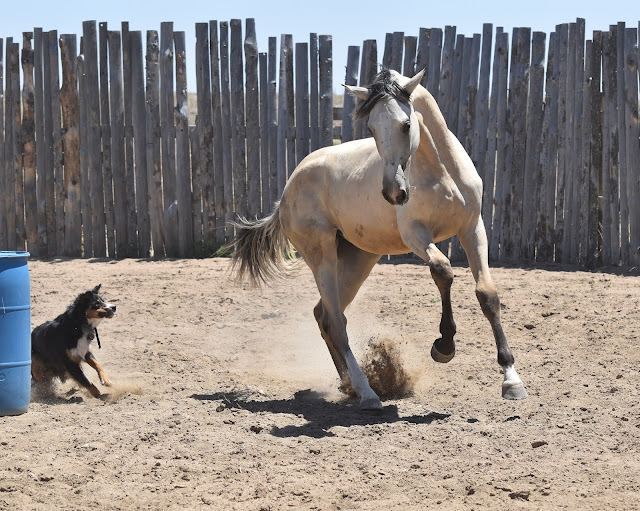 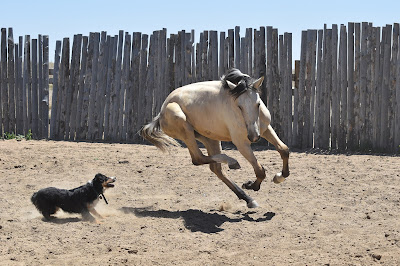 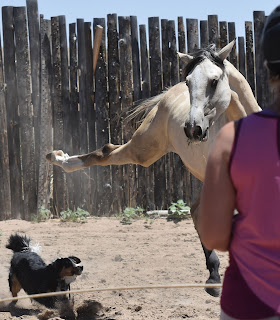 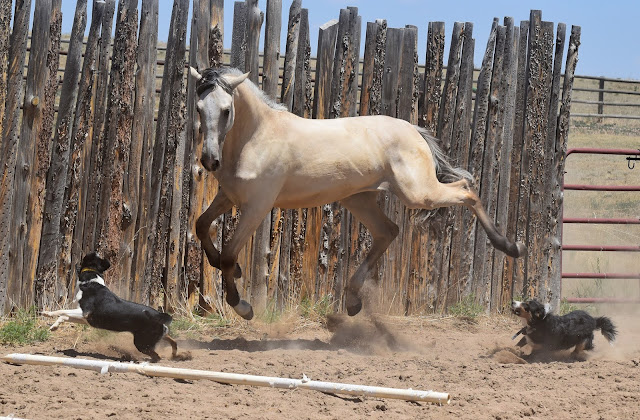 And she's always up for playing a game of chicken with me, too. 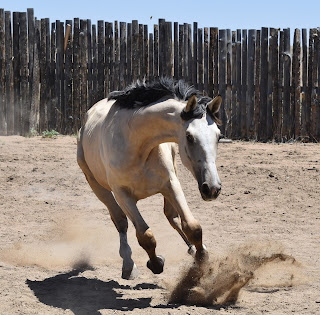 https://www.youtube.com/watch?v=fNaf_5Yq5n0
Posted by Bit of Honey Training LLC at 7:25 PM