Dewey had been having some minor discharge from his nostrils for a week or two, and so we had Dr. Landes with Equine Medical Services come out to check on Dewey, especially after he had some head shaking at a horse show.  When examined, we found Dewey had some swelling in his face, just below his right eye.  That combined with the head shaking and nasal discharge merited taking some xrays so we could get radiographs and see what exactly was going on in his head!

When we looked at home, it appeared that Dewey had a soft tissue mass in his maxillary sinus.  Unfortunately, that's not something we could fix at home in the field, so a few days later we were off to CSU to have a few more radiographs done and a likely sinus surgery.  Because of how a horse's face is designed, there's not a good way to remove something like that without going in through the side of the face. 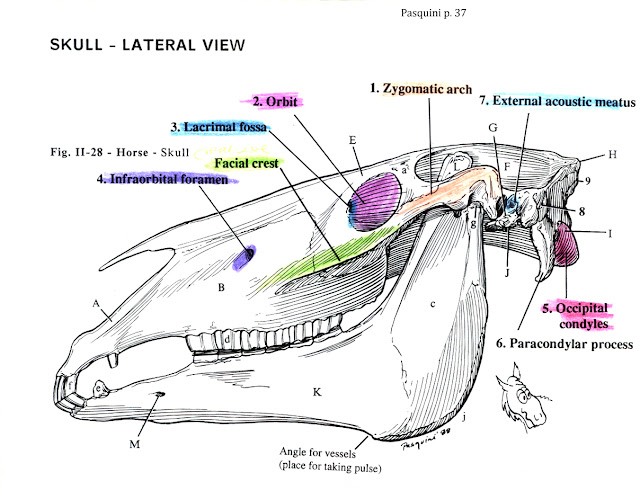 Once we got to CSU and I had given them the background information about Dewey they took him into the radiology room for some more views of his face. 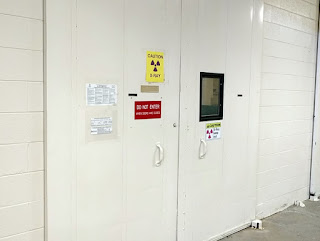 The first couple images showed inflammation in his sinus, called sinusitis.  We knew he had an irritated sinus, but what we didn't know was the cause of the inflammation.  The vets were suspicious of a tooth root being involved, but they didn't want to go in for surgery to clean out the sinus and leave a tooth root problem.  We would have just been back again for another surgery if it wasn't all addressed in the first one. 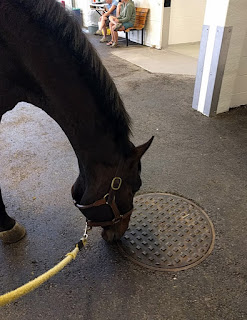 The veterinarians ended up consulting with a specialist who was working from home that day, who recommended they put a splint in Dewey's mouth to offset the lower jaw from the roof of his mouth, then take a picture of the side of his face.  Fortunately, this gave us the view we really needed.  You can see in this photo that there is a crack in the facial crest, just to the right of the mouse cursor. 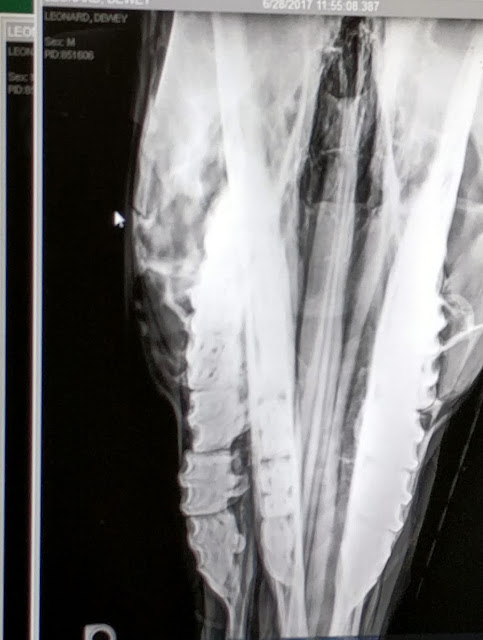 Seeing this broken facial bone gave us the information we needed!  In this situation the best way to treat the problem was benign neglect.  This meant we put Dewey on pain medicine and some antibiotics, and hope the sinusitis cleared up on its own while the bone heals.  So no surgery at CSU for Little Dew! 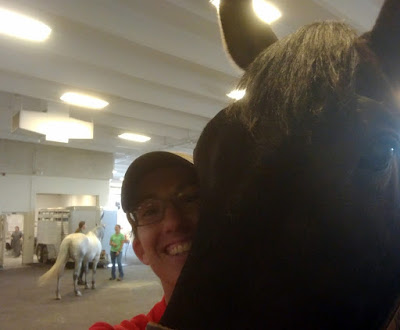 Dewey is now finished with his antibiotics and seems to be feeling much better.  I'm so grateful we were able to get good radiographs to tell us that he had either been clobbered in the face by his friends while playing, or he may have turned his head too fast and clocked himself on a fence post.  It's a rare occasion when I get to leave the CSU veterinary teaching hospital with a couple hundred dollar invoice rather than the multiple thousands it would have cost me to have surgery done on him.
Posted by Bit of Honey Training LLC at 4:54 PM