The jumping continues...  Silver worked on small oxers today and some tricky coursework to stay relaxed through ridiculous turns and changes of direction. 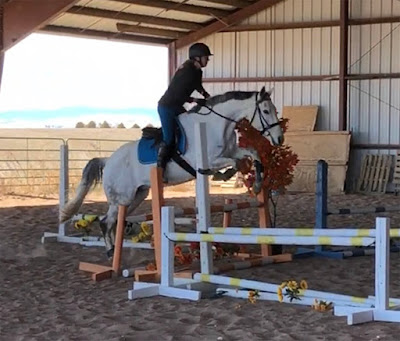 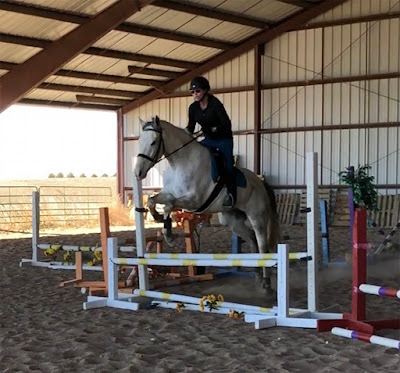 Dewey comes back to work after more than two months off due to a hoof abscess that ended up rupturing in four different places...  out both heel bulbs, between the heel bulbs in the central sulcus, and the lateral sole.  However, he FINALLY is sound and went back to work today.  I love how the horses remember things long-term when they have truly learned it.  He came back to work immediately remembering how to lift his back, getting correct leads through many simple lead changes, and behaving quite well other than playing with Rizzo a little when we were warming up.

Of course, first we had to get him up from his two hour nap... 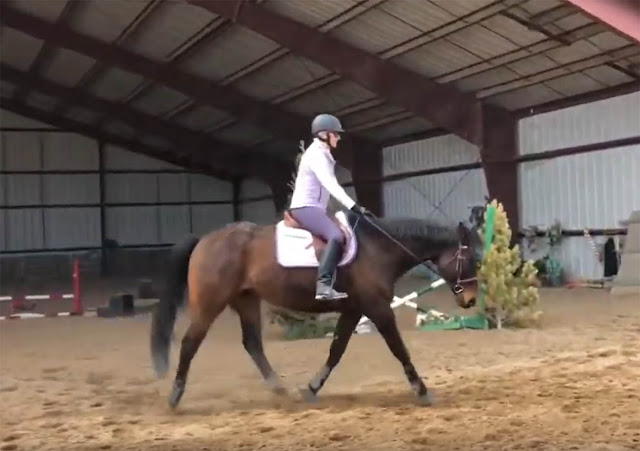 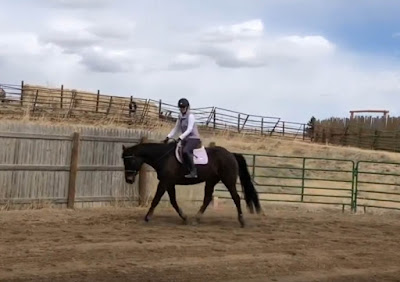 Recently I've had to retire Rain, my lesson horse of many years.  She's twenty one now and is starting to feel her age, particularly through her back as normal aging arthritic changes take effect.  Because of this I needed another lesson horse, and I knew that Daisy, the appaloosa pony mare I trained just over a year ago, was looking for a new home.  I was able to get Daisy back and now Jasi is working with her to get her ready to take on the lesson horse job.  The first ride back was humorous as Daisy tried to test Jasi's skills including steering and balance.  Once she realized Jasi wasn't going to react to her antics Daisy settled into a nice ride! 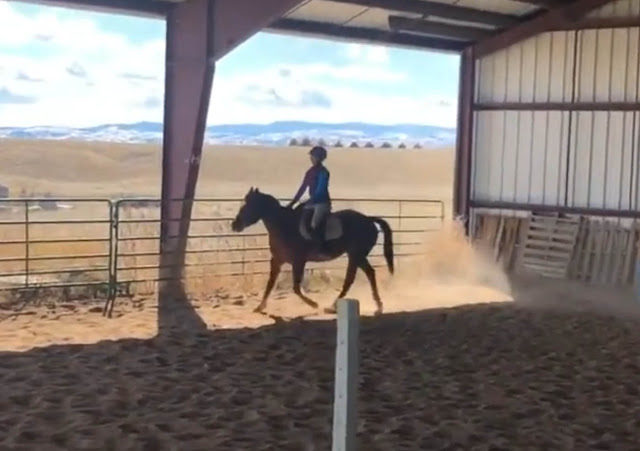 Highboy also got a chance to come out and play.  It's been a while since I've jumped him so he wasn't as civilized as I'd like, but he sure had fun.  Interesting moments included when he kicked the orange standard and broke it as he was sailing over the minuscule warmup fence, scoffing at the low height.  He also chose to jump the yellow oxer approximately a foot higher than it needed, simply to illustrate that he could.  Oh, Highboy. 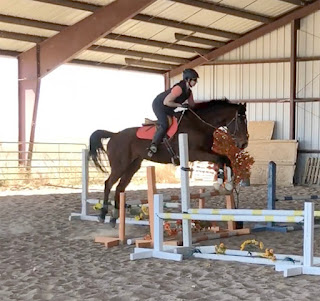 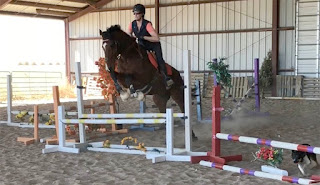 Posted by Bit of Honey Training LLC at 4:15 PM