And now for a delightful little montage of the little dog working....  Rizzo loves doing her job! 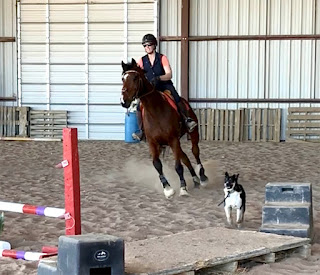 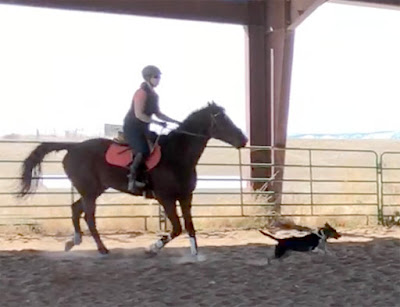 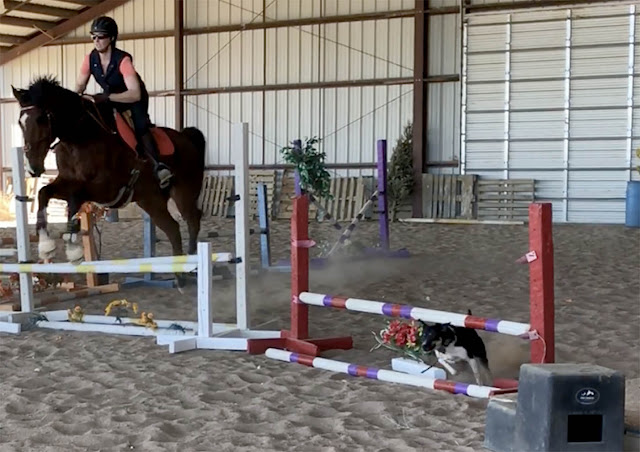 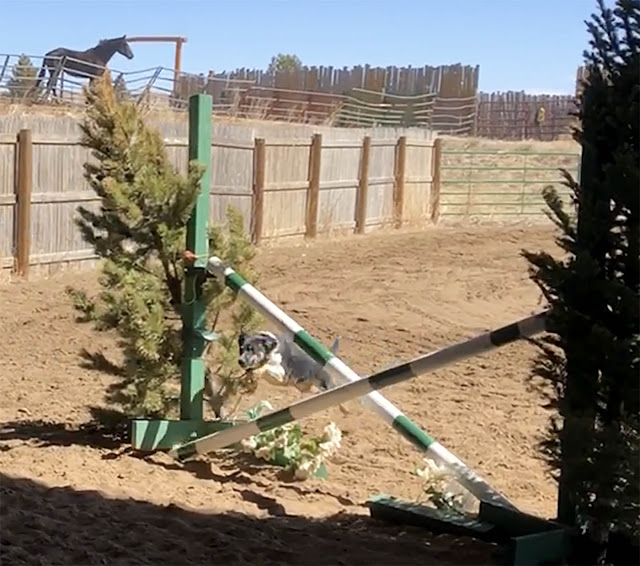 Taking a shortcut through the cross rail 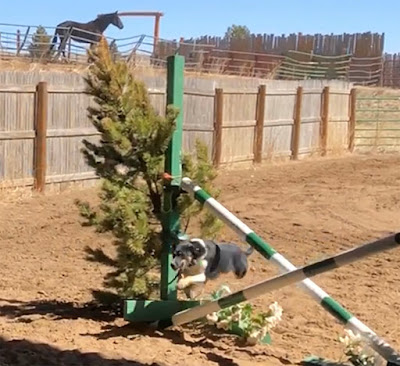 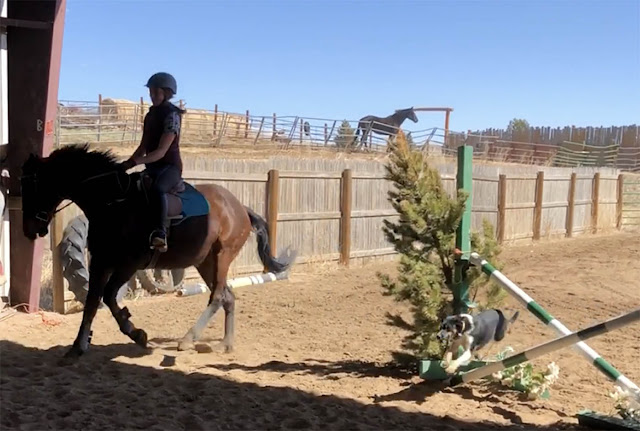 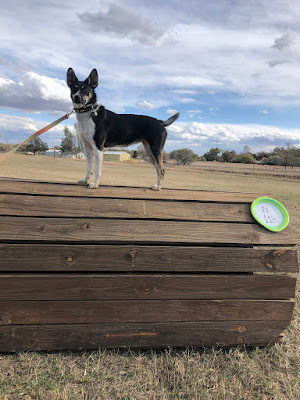 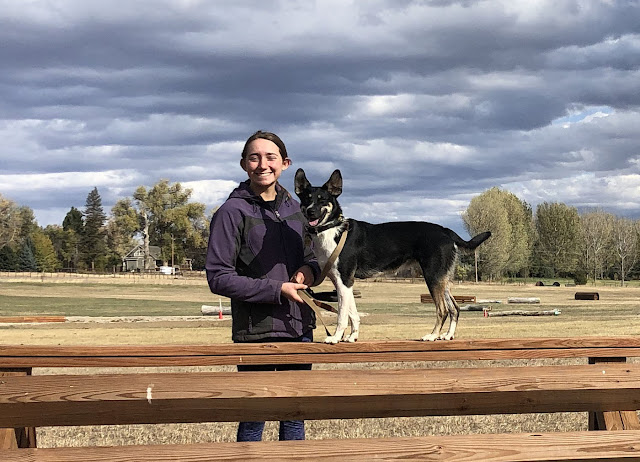 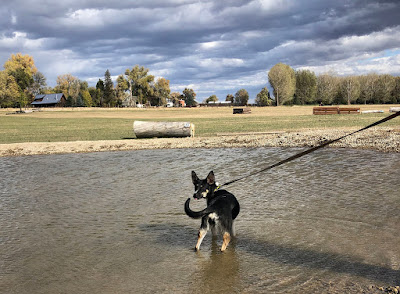 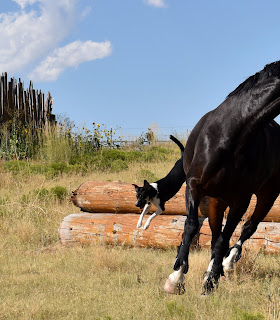 Coaching Ferriana over her first jumps 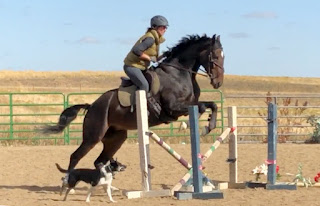 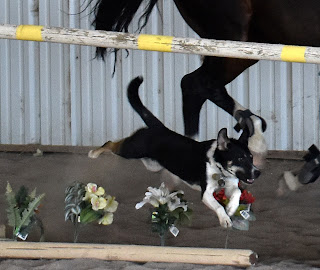 Things have been going so well for Rizzo and Pascal.  They have been in individual training with me for the last several months regarding how to work with the horses appropriately.  One on one each dog is getting better every week being more obedient and staying on-task.  This is a big deal for two young dogs, especially as Pascal is hitting his "teenage phase" where he's deciding if he's going to be his own dog or if he's going to be obedient when I tell him to do something.  Today each dog worked with me for a few hours while the other waited in the kennel in the barn, and I'm really pleased with the progress the horse-training dogs are making, too.  When the morning dog goes to the kennel for the afternoon the time in confinement is usually spent napping.

However, the dog who works second usually spends the morning singing The Sad Dog Song, and I swear I've heard Rizzo shout "Kim!" when she's been left behind.  Since she figured out how to open lever door handles as well as round door knobs to break into the house to party with the house dogs, we suspect she may also have actually learned to say my name.

I'm also amazed at Rizzo's speed.  A couple weeks ago when the footing was good in the back forty I took Raven out to gallop.  She's a thoroughbred and is mighty fast when she kicks it into high gear.  I let her open up and go as fast as she could for a little while, and I assumed Rizzo would catch up when we came back down to a slower gait.  My big border collie Miles couldn't even keep up with a galloping thoroughbred when he was young.  However, each time I looked down after bringing Raven back to a canter from the faster gallop, without fail Rizzo was there by my left leg, smiling up at me in utter glee to say that running as fast as possible with a racehorse is absolutely the best time she's ever had.
Posted by Bit of Honey Training LLC at 5:39 PM