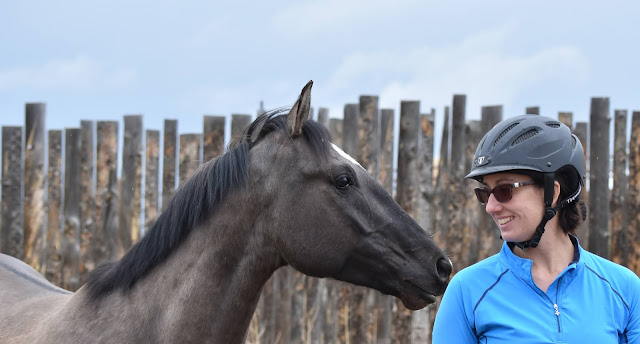 This week Jury has been increasing in confidence, as well as really beginning to look to me for security.  We've done some free lunging (really more like playing at liberty) in the round pen.  I love that when we first get to the round pen and he's nervous, if I take off his halter he stays as close to me as he can get comfortably.  He bumps me with his nose as so many of the youngsters do like he's checking in, saying, "Hey, Kim, just making sure you're still there." 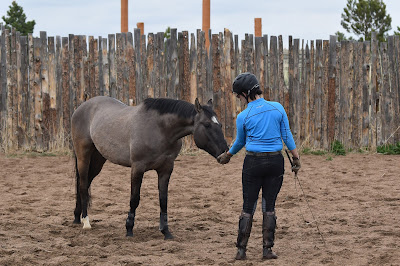 Once he's feeling a little braver he did venture farther away from me.  I encouraged him to trot and canter around a bit, then he decided it was pretty fun to cut loose and run. 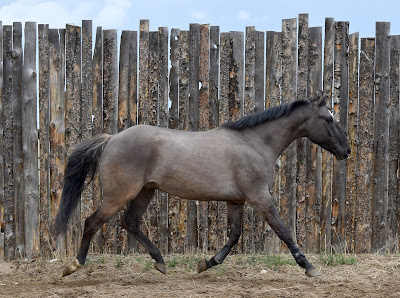 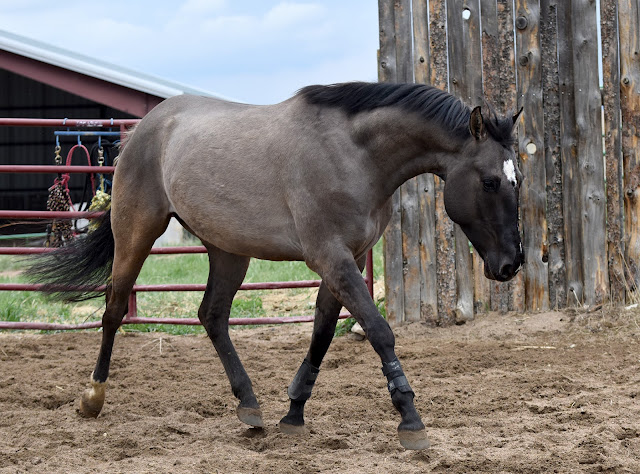 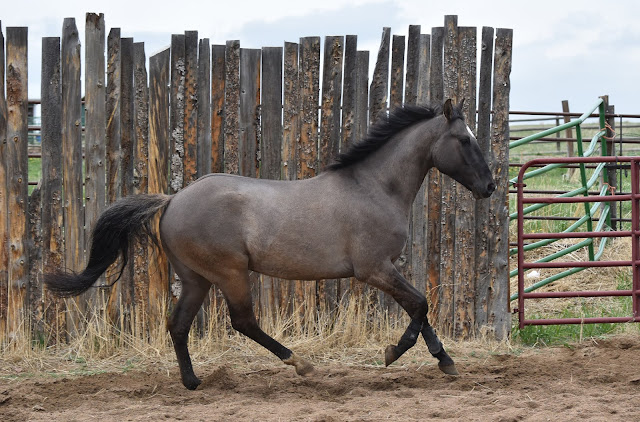 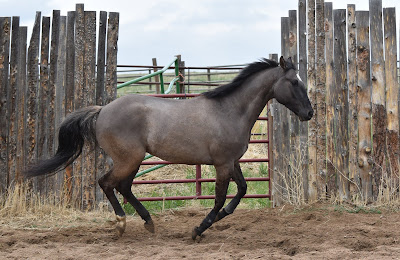 I had to save these three photos of his baby moments, just for reference when he's older we can look back at how silly he was.  I'm pretty sure as a kid I had a breyer horse in this exact pose, but it was called Spanish Barb. 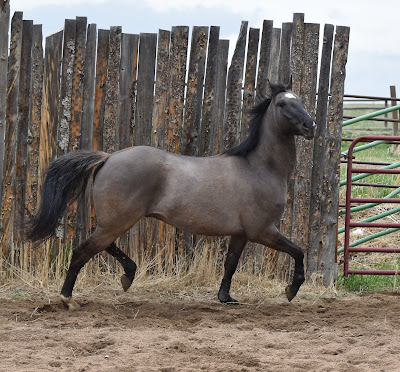 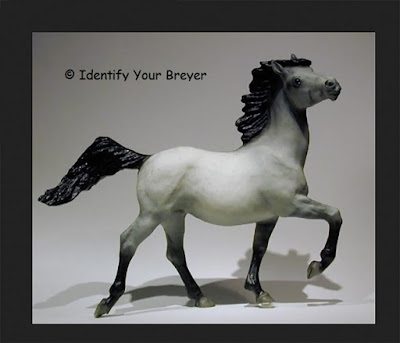 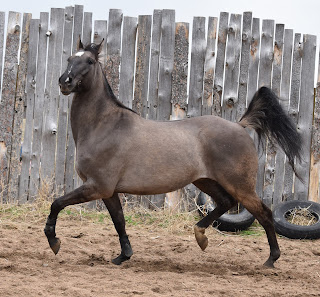 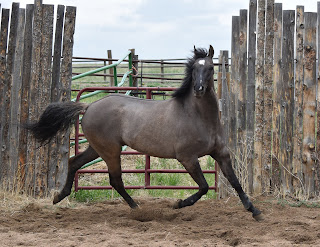 I also let Jury play over the jump at liberty.  First I walked over them with him following me, and each time he went over I'd give him a little cookie.  He was happy to go over the jump with me, and when I backed off and sent him over by himself he was eager to show us that for a quarter horse he might have some hops!  He's never jumped anything before, this was his first time free jumping and he seems to have a knack for tight knees.  He is only four years old, though, and while it's ok to free jump a youngster on occasion to see if they have any natural talent, I won't start jumping him under saddle until he's at least six.  That gives his body, skeleton, and joints a chance to mature before they take on that stress. 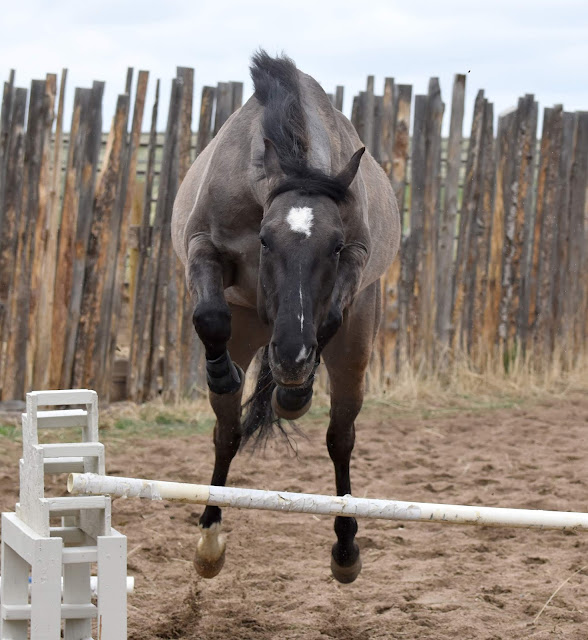 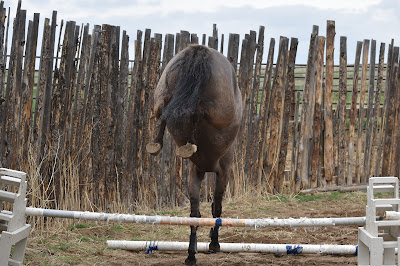 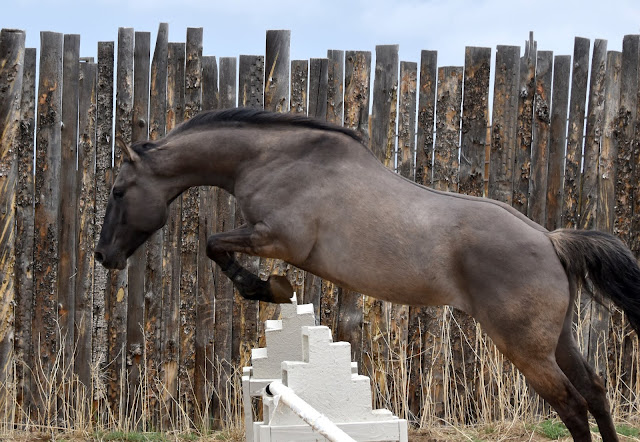 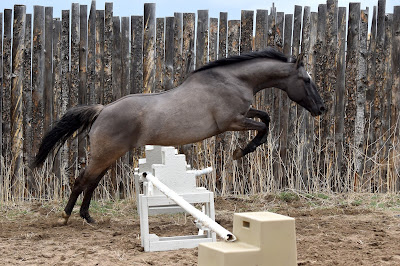 So far Jury's future is a blank page with a fun story waiting to be written.  I do have him listed for sale on my website in case the right person comes along, but because he can be so reactive I haven't really advertised him yet.  If I sell him I want him to go to just the right home that will let him progress at his own pace so he grows up to be a confident athlete.  There's a ton of potential in him to do just about anything, we watched him slide and spin in the round pen and he clearly has the haunches for those jobs too.  However, with natural jump form like this he could be a super fun eventer.   This is the fun part about baby horses - finding out what they like to do and helping them grow into their chosen careers!
Posted by Bit of Honey Training LLC at 5:31 PM

Email ThisBlogThis!Share to TwitterShare to FacebookShare to Pinterest
Labels: FreeJump, Jury, Round Pen