For a couple years I've had an eye out for tack lockers, but it's hard to find them in the size I wanted for less than $1000 each.  It seems like my tack room very quickly becomes a storage facility for clients when there aren't clear boundaries for how much space a person can take in the barn. Additionally, I wanted lockers for the clients so we didn't have to worry about dust and cats getting into their stuff.  Mice aren't an issue since I have such good working cats, but occasionally they are overzealous in their tack room adventures and equipment gets scratched.

In my internet searches I finally came across the "Slim Jim Cabinet" rubbermaid lockers at an office supply company called Uline.  They weren't too expensive (though shipping from TX was!) and so I bought a bunch.

On several of our nasty windy days I assembled and installed the lockers in the client side of the tack room, with the saddle racks going clear through the cabinet to anchor into the wall behind them.  Rizzo and Pascal the dogs helped by keeping me company and moral support, and Pascal made sure to assist by touring the inside of each locker as I installed bridle and saddle racks.  He did attempt to take my drill a few times, with a quick nod in my direction as if to say, "I"ll be right back, Kim, I just need to drill this real quick". 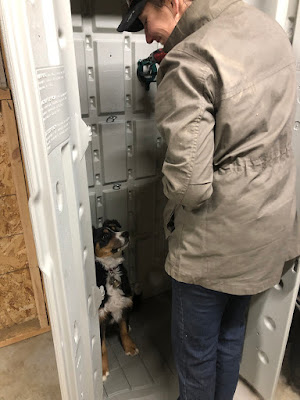 It was awfully cold on some of those windy days, so I gave Rizzo an old holey horse blanket to snuggle in that was just about ready to be thrown away.  She also has her own carharrts jacket that she wears on cold days.  She and Pascal have such similar color, and now that they are about the same size it can be a challenge to differentiate which body part belongs to whom in some of the photos! 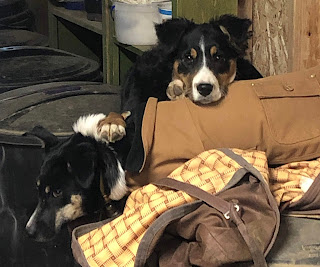 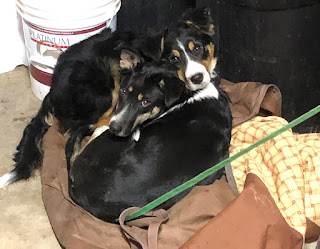 Here is the "before" photo of the tack room, when I'd dumped everything on one side so I had room to assemble and install the lockers.  It sort of looks like Dover exploded. 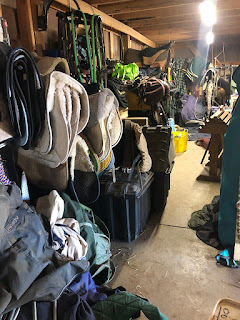 And here is the "after", with lockers assembled, installed, and blankets hung.  The feed area also got reorganized, so there's actually space to get in and out!  Now each boarder has a locker, and they are welcome to store anything that fits in the locker.  If it doesn't fit, it goes home.  Each locker easily holds two saddles, two bridles, two saddle pads, a grooming tote, helmet, and boots for each horse. 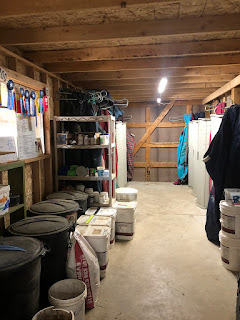 Posted by Bit of Honey Training LLC at 3:17 PM

Email ThisBlogThis!Share to TwitterShare to FacebookShare to Pinterest
Labels: Facilities