At the last minute I was able to add Highboy to the training level mini horse trial at Sunrise in Fort Collins this weekend.  Highboy was a dork, but Kimberly Hale Photography was able to get some beautiful shots in between Highboy's antics. 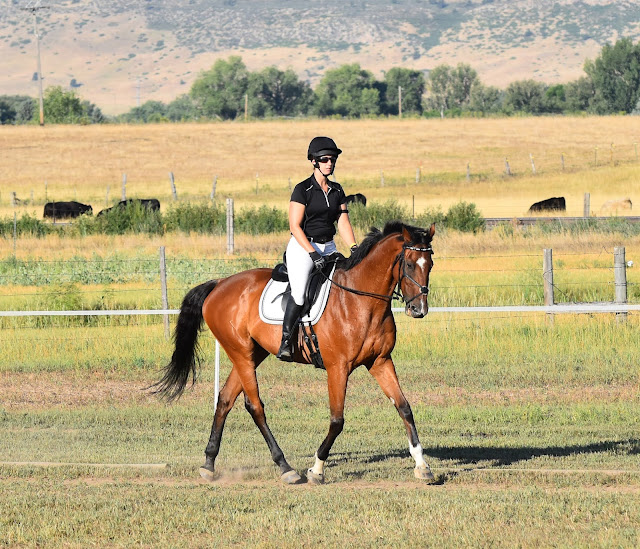 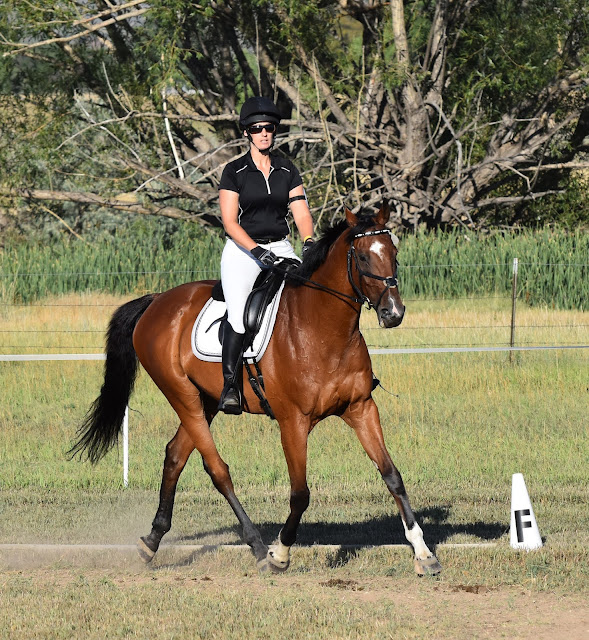 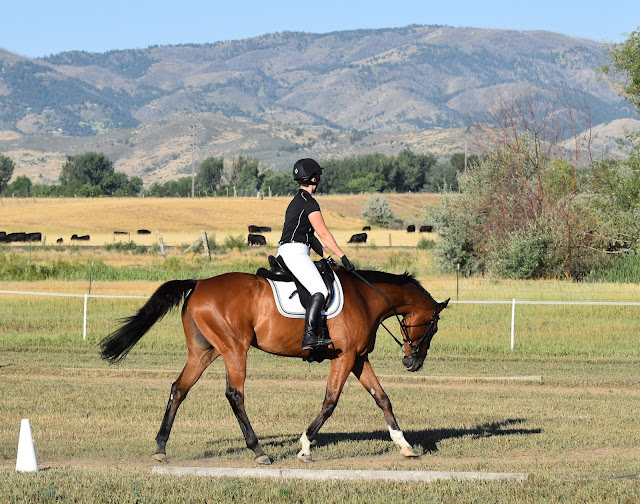 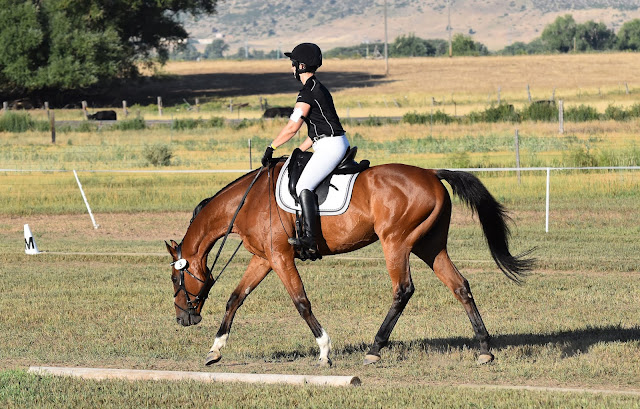 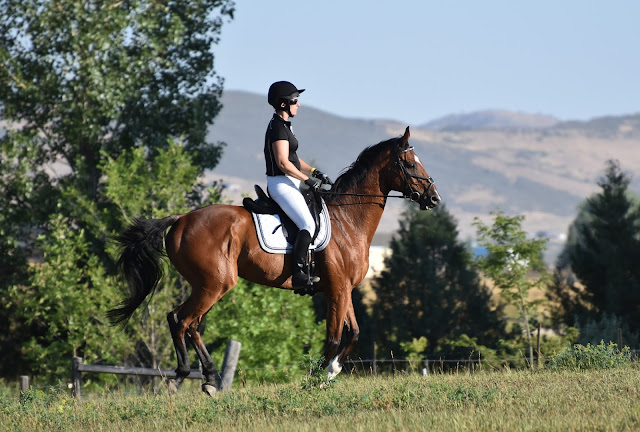 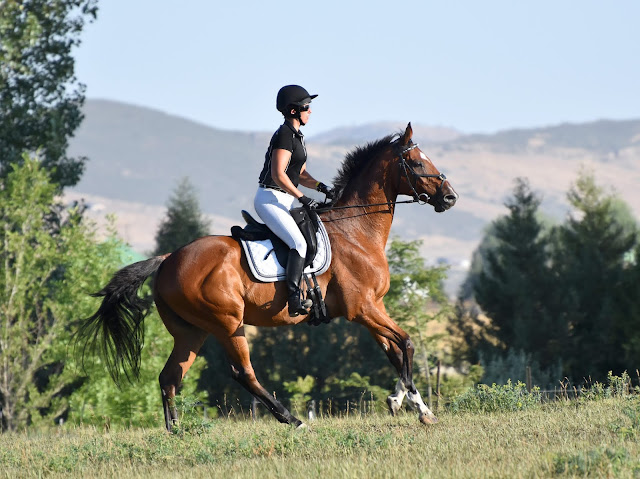 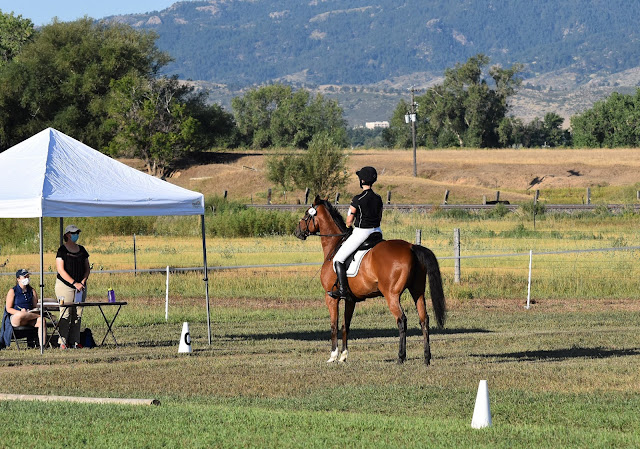 Everyone laughed when we saw the expressions on our faces in this warmup shot.  Highboy is clearly making a scene, and I have this expression like, "Really?  This AGAIN?"  It went like this..... 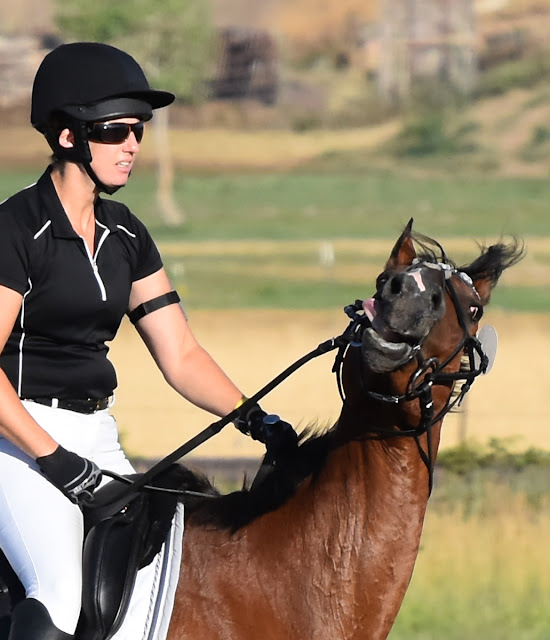 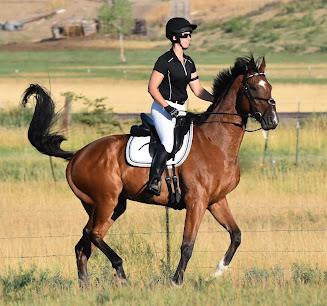 The dressage judge was very kind and even put this comment on our test, "athletic horse, tactful rider".  Our whole fiasco of a test can be seen here:
https://www.youtube.com/watch?v=_OW0EYG20vs
After the test I made Highboy canter around in the warmup some more on each lead.  I'm very glad this was an inexpensive show that was very close to home, because I would be furious if I'd taken him somewhere that mattered to me and he behaved like this.  It's especially frustrating because he IS so athletic, and rides wonderfully at home, but he just cannot seem to use his athleticism for good instead of evil at shows.  He's eleven years old now, and I'm STILL getting these nonsensical rides from him.  Highboy is awfully lucky I like him.  I'm very nearly at the decision to use him for schooling, training (which I enjoy), and riding cross country when I'm teaching, and quit showing him for a few years.  I have Raven to compete with and I'm getting really frustrated with him performing fabulously at home in all three phases, then acting like an orangutan at the show.  He's had seven years of traveling and competing extensively - I have been extremely patient with him.  There's still part of me that knows what he CAN do and wants to show that off, but it's getting embarrassing to go to show after show after show and have him behave like he's three.  Perhaps it's time to let him be my trail and training horse and quit trying to force the athletic square peg into a round hole. 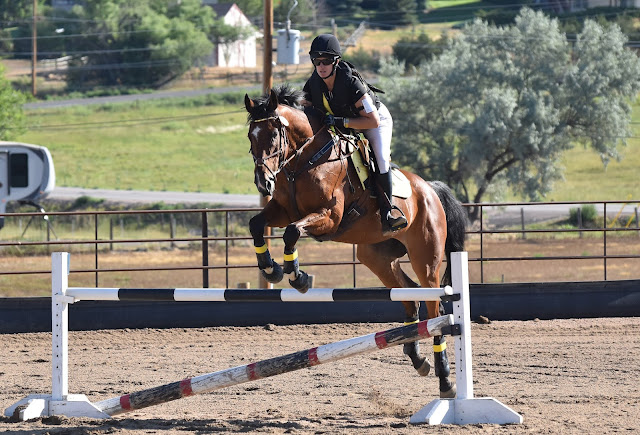 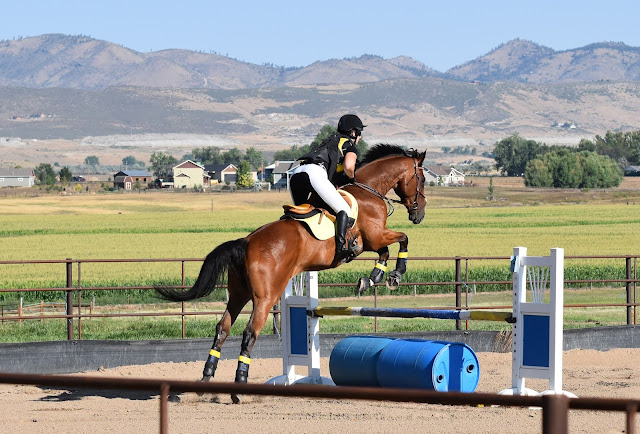 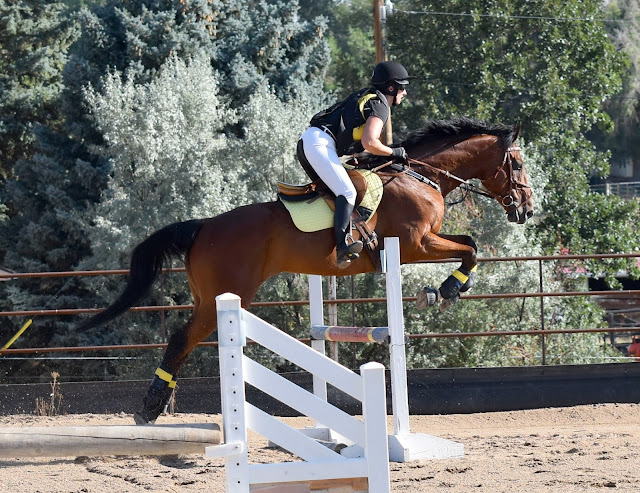 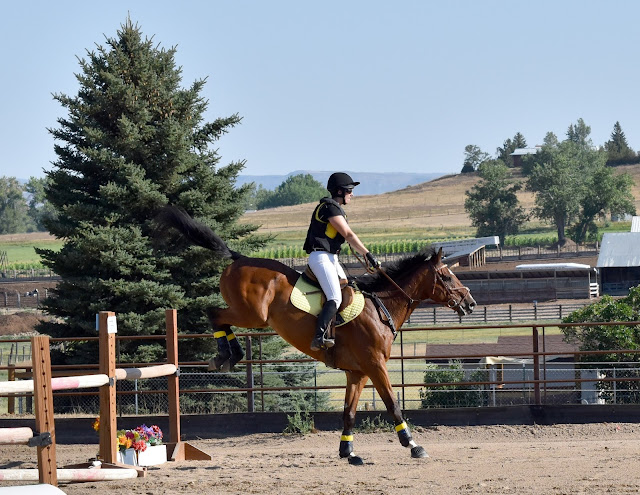 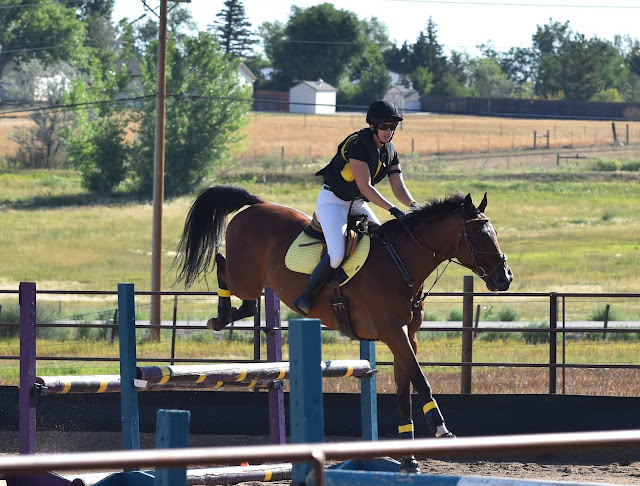 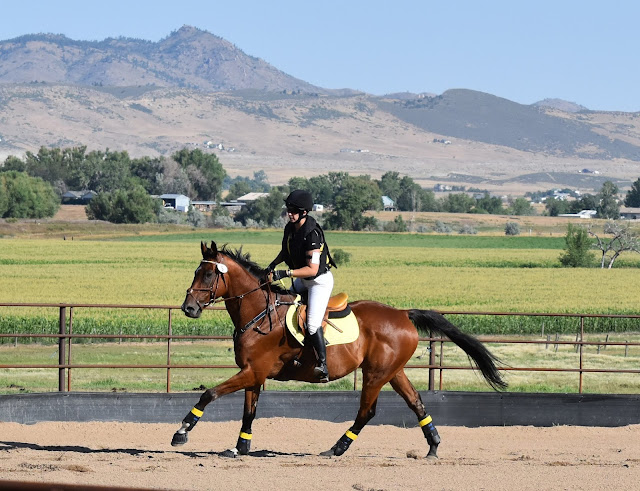 Showjumping (complete with audience gasps and exclamations) can be seen here:
https://www.youtube.com/watch?v=l3eCFXZUqNI
Show jumping was our warmup for cross country, and by the time we got into the field Highboy was feeling barn sour.  He really wanted to just run back to the trailer.  Despite the show organizers doing a wonderful job adding a more difficult level, Highboy openly scoffed at the training level fences he felt weren't challenging enough.  The one refusal we had at the white picket fence/brush jump was simply because he wanted to run back to the start.  Thankfully Kimberly still was able to get some good photos. 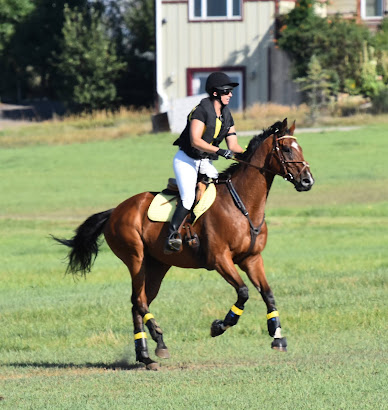 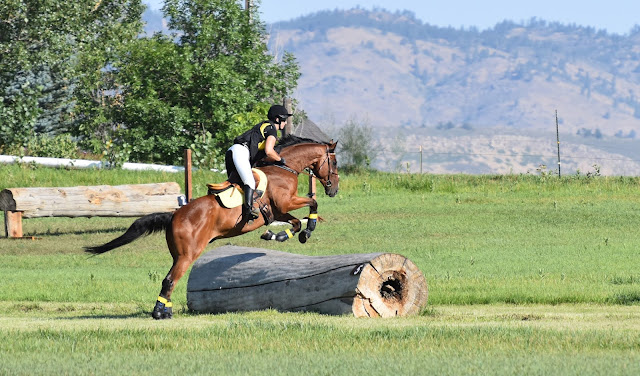 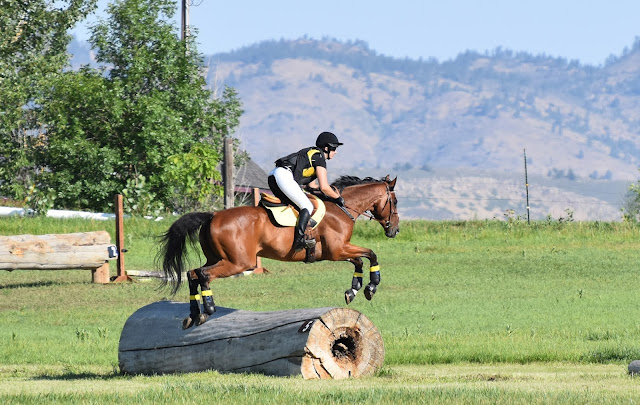 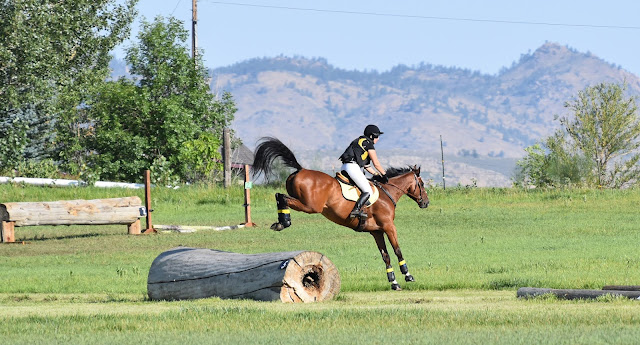 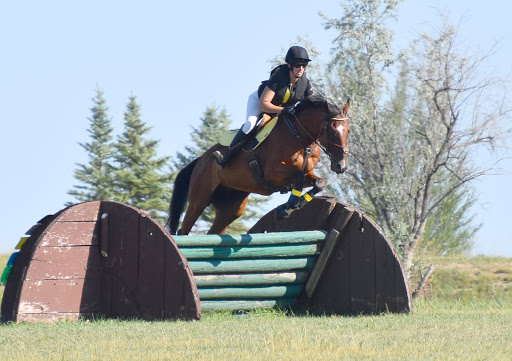 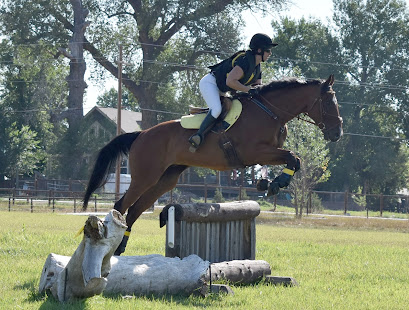 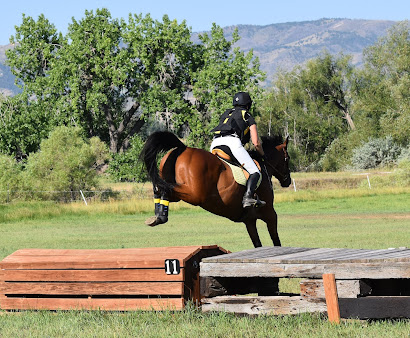 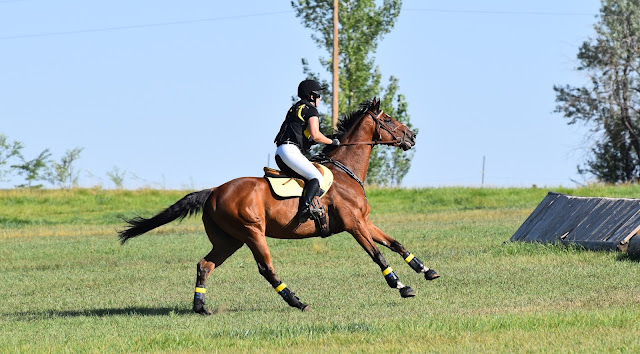 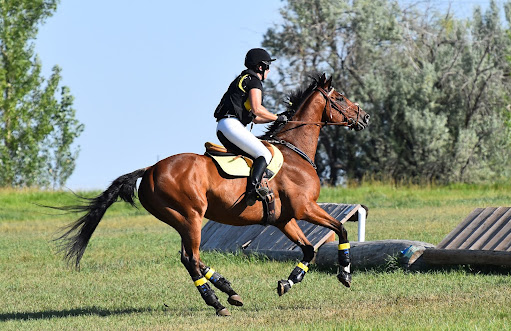 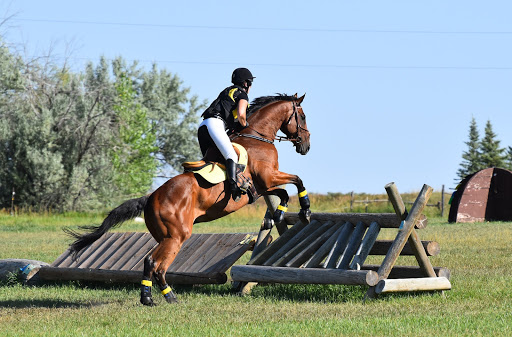 Here is the video Sara captured for us.
https://www.youtube.com/watch?v=Pedpguam_Mk
Overall we had a pretty good time, despite my frustrations with Highboy's mentality.  Mostly I'm super grateful for the folks at Sunrise Equine and Redefined Equestrian for hosting and organizing this event.  I truly am grateful to have such a great facility that's so friendly to use so close to home.
Posted by Bit of Honey Training LLC at 3:43 PM