This year we attended the CSU schooling jumping show.  Carol rode Ladd and Linda rode Sidney,  while Silver and Gillian came for the field trip experience and to acclimate Silver to the horse show environment.  We had such a great time!  The weather was quite warm, a refreshing change from years past when we wore ALL our clothes all day at this show!  I suspect the good weather was also why there were sixteen horses in the ground pole division and it took nearly four hours.  Everyone and their baby horse was there to practice going off the property.  The crossrails division went more smoothly, and we were so proud of our horses (and humans)!

We arrived early in the morning in an effort to have at least a few minutes in the warmup arena before the chaos of green horses and little kids arrived.  I got on Silver first since he was excited to be on a field trip, and he warmed up really nicely.  A little "up" to begin with, but settled in right away and even hopped over some cross rails with balanced canter and lead changes. 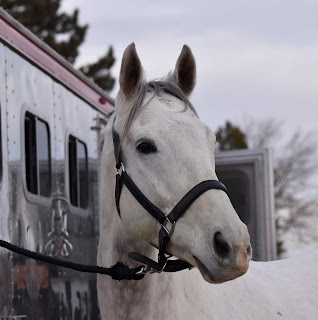 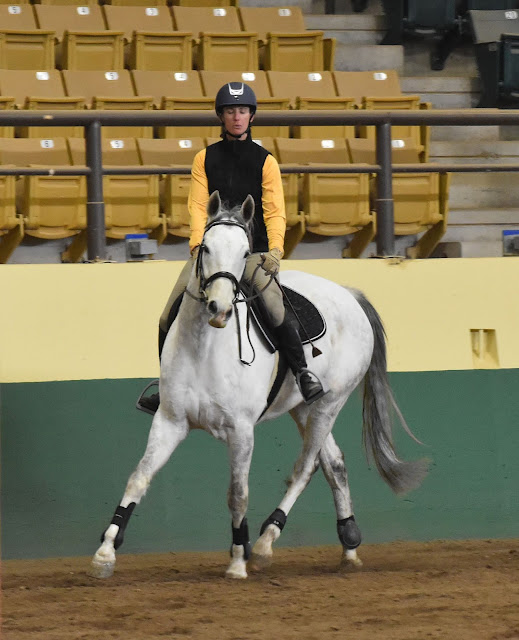 This photo of Silver doing some self-motivated impromptu lateral work makes me laugh - I look like my deep breathing has put me into a meditative state while the horse is so excited. It reminds me of this Thelwell Pony cartoon: 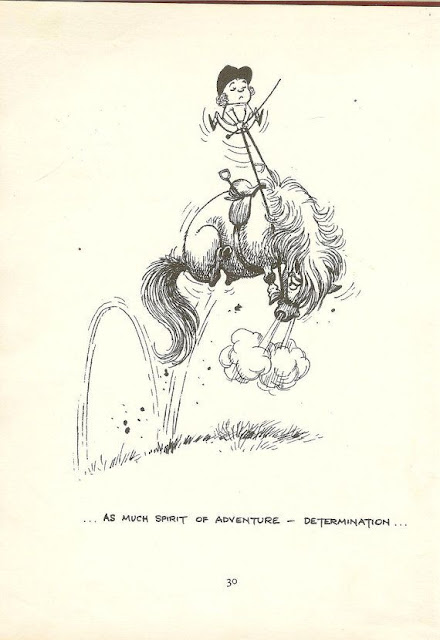 Apparently the meditative breathing worked, because Silver settled in well and had some very nice moments. 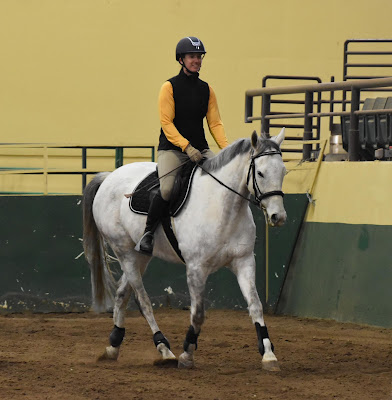 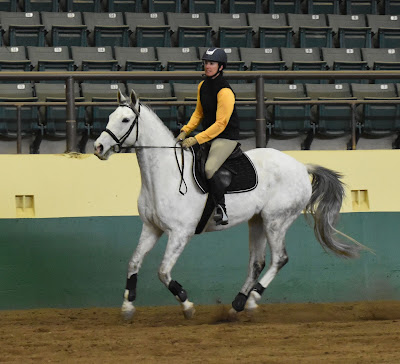 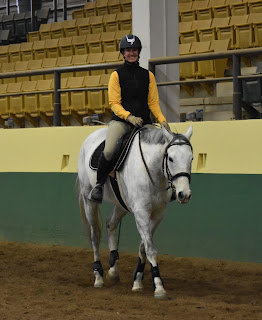 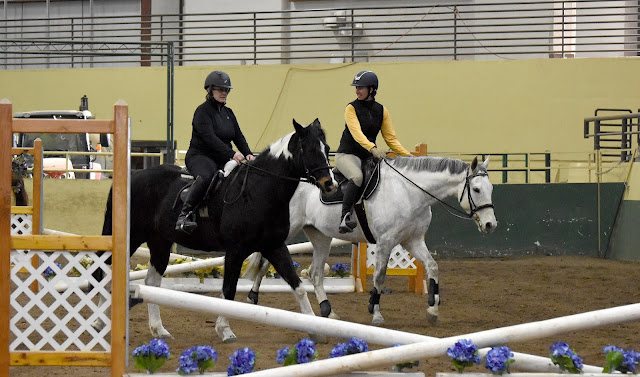 Gillian even got on him and cooled him out in the warmup arena before the show started. 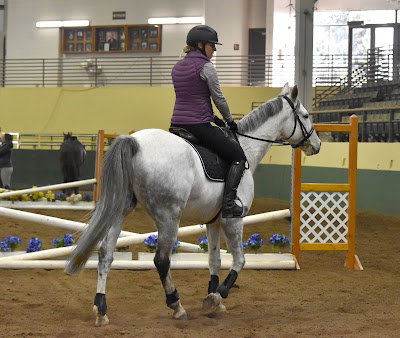 Silver mostly came along for the experience, so he hung out the rest of the day and watched the action. 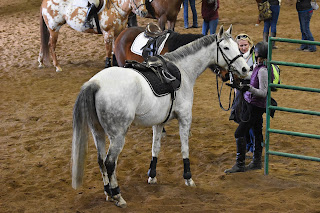 Linda and Sidney did the ground pole division as a confidence booster for both of them since this was their first show together.  It went incredibly well and Sidney the old pro was calm and Linda had a blast. 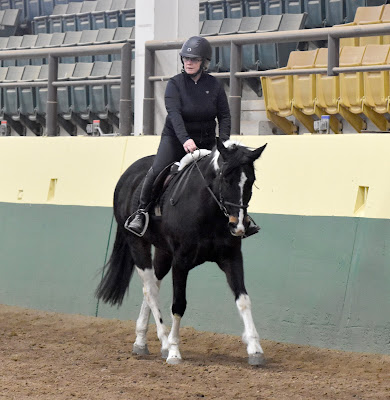 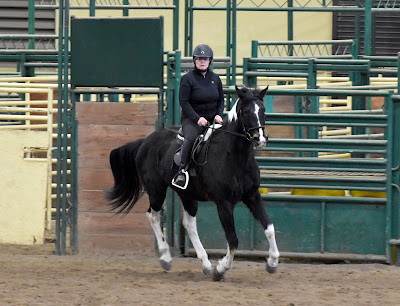 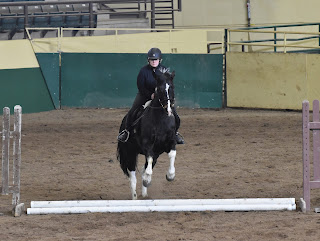 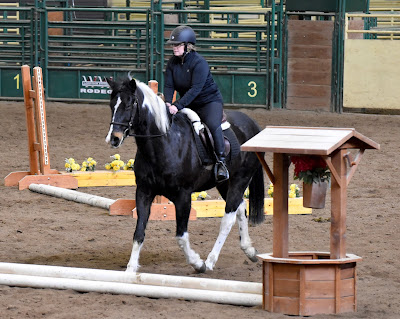 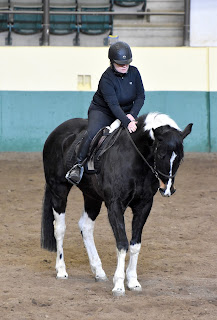 The crossrails division came next.  Linda and Carol both rode in those classes and each took home some ribbons by which to remember the day! 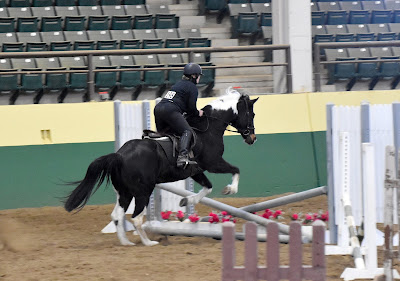 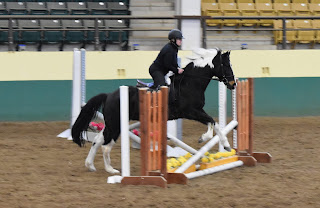 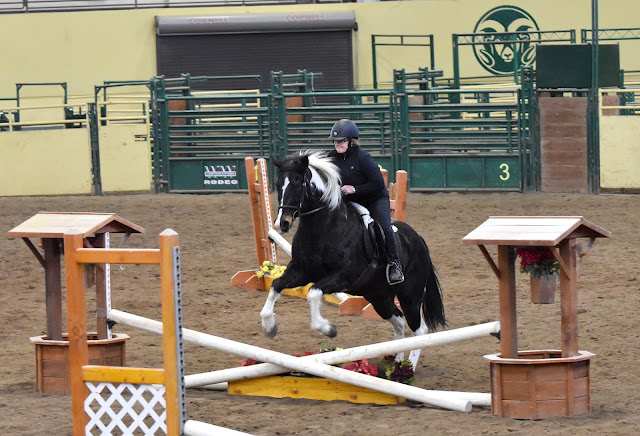 Carol is so fun to have at these shows.  She just loves to do it, and is all smiles when on her horse.  She bought Ladd specifically for doing this type of stuff, and both she and the horse really enjoy it.  It was especially fun to hear people commenting on her rides saying things like, "Wow, that horse is SO CUTE!  Look at his tidy little knees!"  When her round was over I mentioned to them that he's sixteen and has only been jumping for just over a year they smiled and said they remembered him and his story!  They had seen him at the Bernie Traurig clinic we attended months ago an were impressed with how much Carol and Ladd had improved since they'd seen them last! 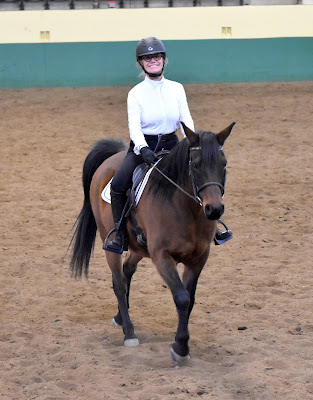 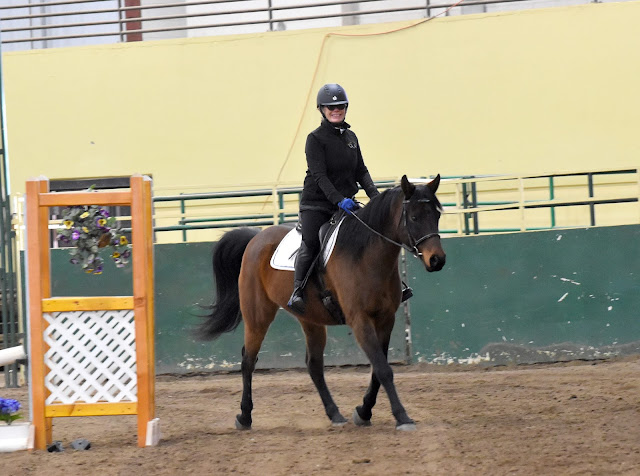 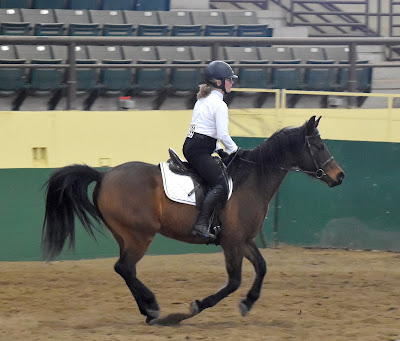 I love these photos of Carol and Ladd consulting about the course.  I have my riders write down the course in whatever manner is most helpful to them - list the colors of the fences, write down directions, or draw the course map.  Apparently Ladd was going to be backup navigator just in case. 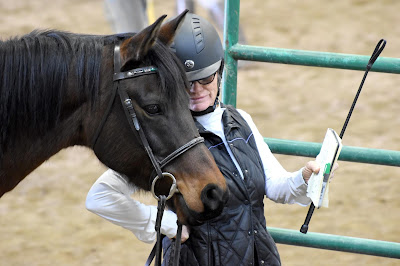 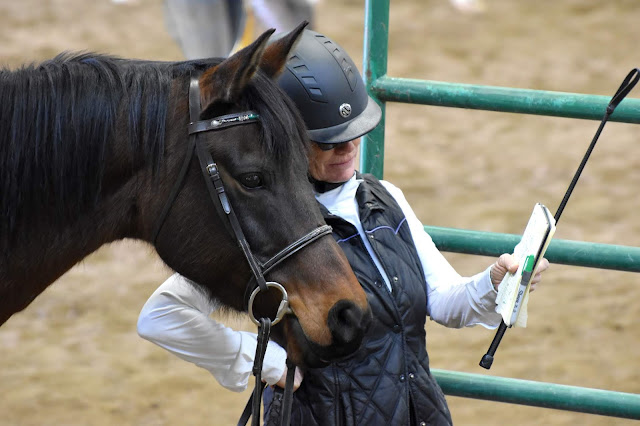 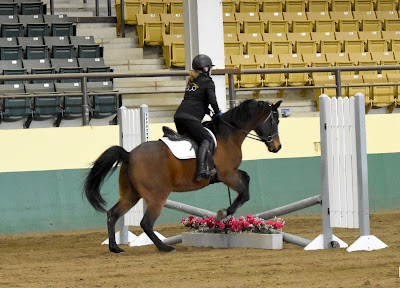 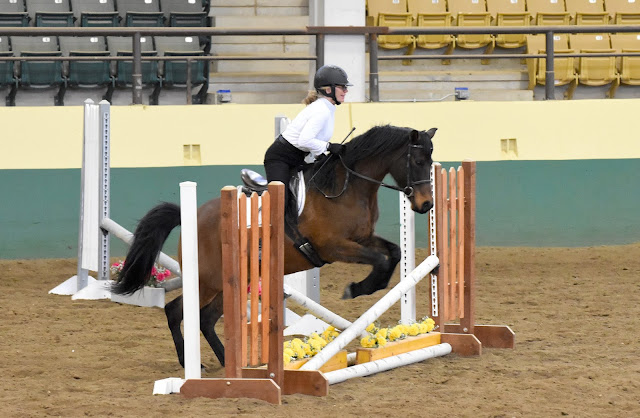 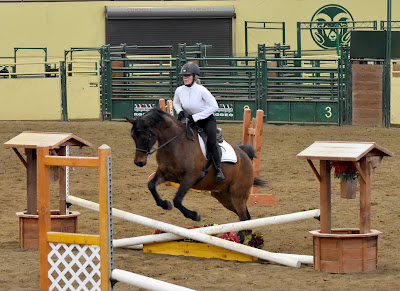 The "around the show" photos also are fun.  Thank you so much to Kimberly Hale Photography for the fun shots and spending the day with us. 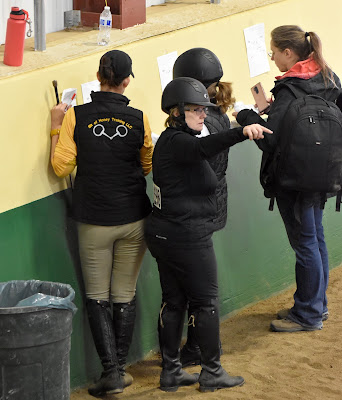 We were all at the wall writing down the course.  We could have just taken a photo with our phones to look at later, but I find people remember the courses better when they have physically written them down and then gone to the arena to visualize where they are headed. 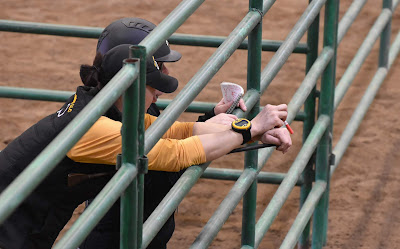 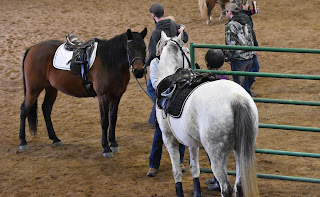 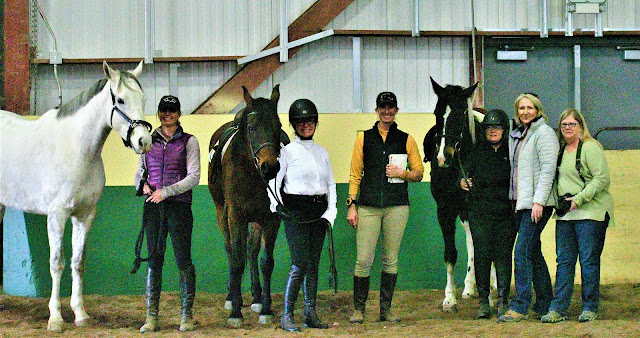 We had such a fun group.  From left to right we have Silver, Gillian, Ladd, Carol, Kim L, Sidney, Linda, Sara, and Kim H.  Not pictured is Tim, Linda's husband took the photo.  Thank you to the village that makes these fun days possible.
Posted by Bit of Honey Training LLC at 11:38 AM