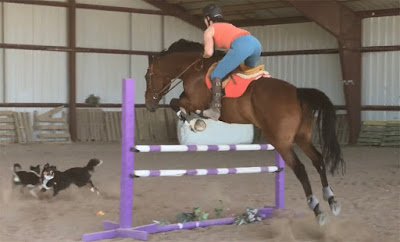 Highboy is a horse of extremes.  He either is exceptional and amazing, or ridiculous and catastrophic.  He really does nothing half-way.  For example, we have today's gymnastic jumping line with several bounces.  I began jumping Highboy through it as small fences, but he tried to go through it as FAST as possible to keep it interesting.  It looked like a tap dance down the center of the arena.  I decided to make the jumps bigger to give him something to think about, hopefully slow him down, and make him jump more carefully.  I ended up with this horrific run:


Then got this also horrible run:


Distances were adjusted and there was some jumping individual fences, and then I had this amazing line:


and also this one:

This ride perfectly illustrated that Highboy either is phenomenal or abysmal.  And he may have missed his calling as a steeplechase horse with that reach and aptitude for taking off from a long spot. 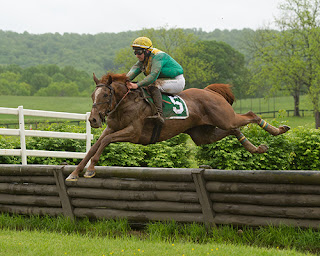 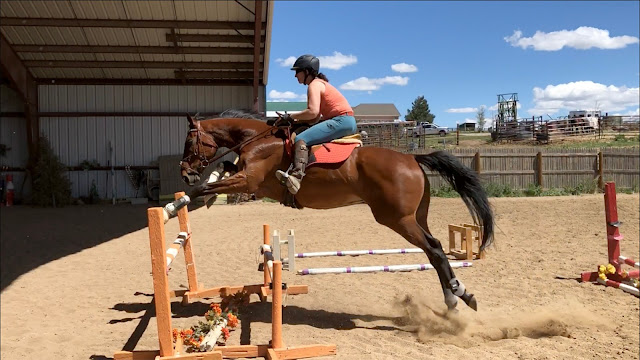 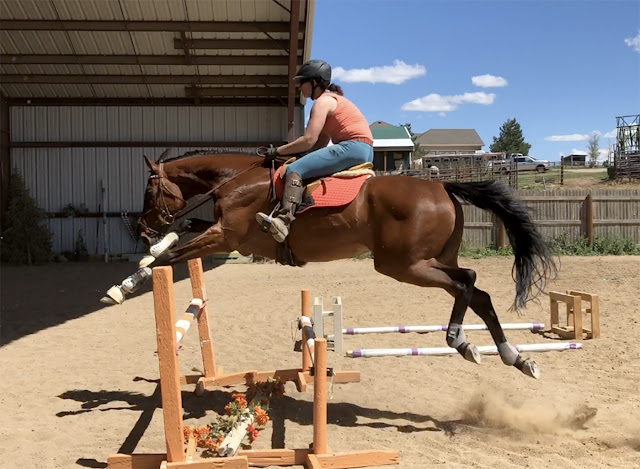 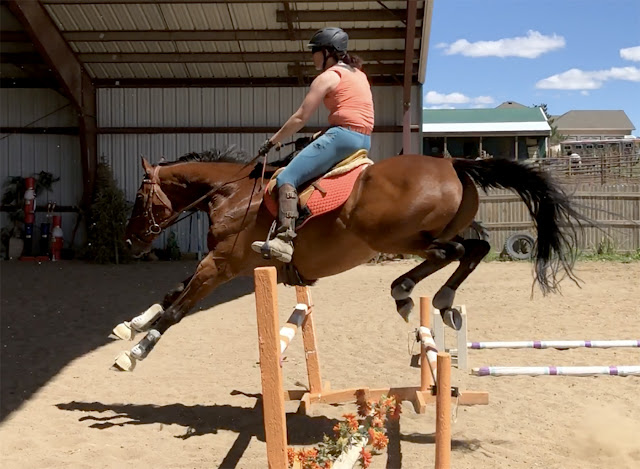 Silver also took a turn at the gymnastic line, set slightly lower and at closer distances. 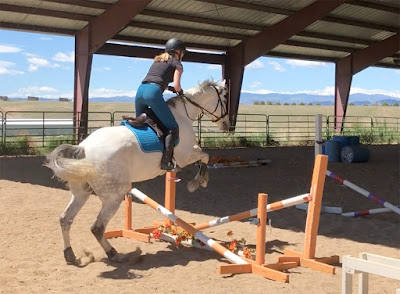 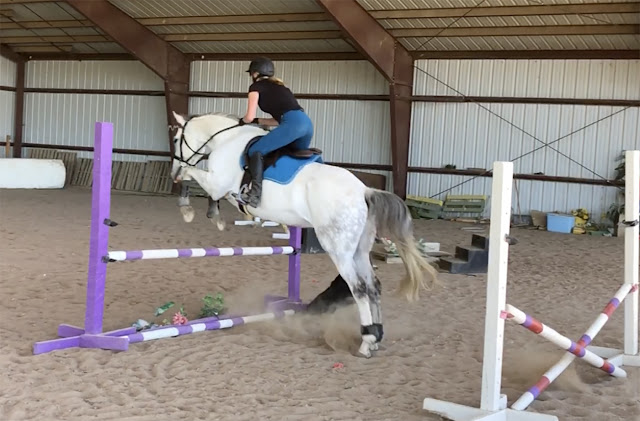 I'm so pleased with how Silver is coming along.  He's super careful, thinks his way through the questions, and then tries his very hardest to do it right.  Such an honest horse!
Posted by Bit of Honey Training LLC at 3:58 PM